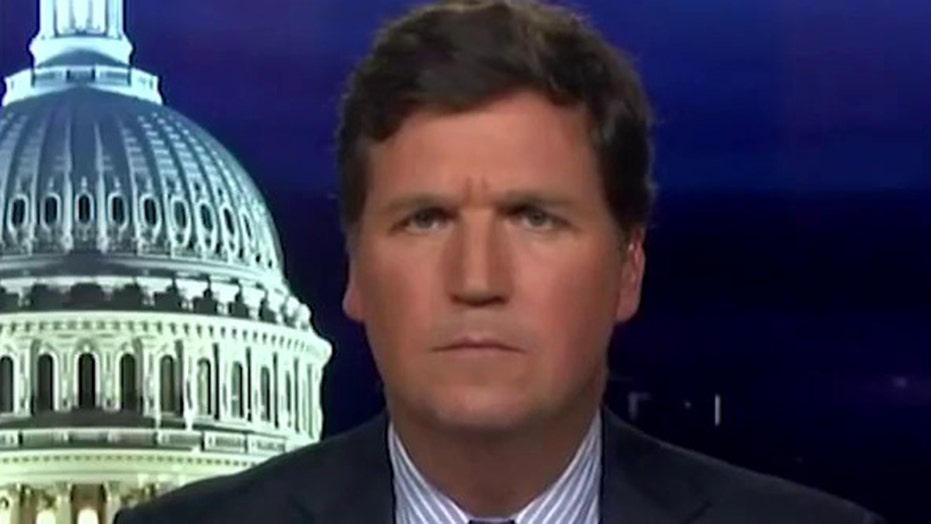 Bill would transform the country, make it unrecognizable.

Tucker Carlson opened his Friday night show where he left off Thursday, addressing the New Way Forward Act that many congressional Democrats support and that Carlson warns "would remake our immigration system for the express purpose of helping foreign-born criminals live here."

"The bill would allow people who've committed serious felonies in other countries to move the United States legally, would make it nearly impossible for federal immigration officials to detain immigrants no matter how potentially dangerous they are," Carlson said on "Tucker Carlson Tonight." "And perhaps most infuriatingly and remarkably, it would require taxpayers to transport deported criminals back into the United States."

"It's utter and total insanity," Carlson added. "And yet it's very popular in the Democratic Party. So far, this bill has 44 Democratic co-sponsors."

Carlson then listed the 44 co-sponsors and said he had invited them on his program to discuss the legislation.

"We'd like to talk to any of the people who've co-sponsored it. We reached out to many of them today to come on and defend their views, but not one of them agreed to come," Carlson said. "Why? Because they're cowards."

The host highlighted some of the less radical members co-sponsoring the bill and asked aloud why they would support the legislation their constituents would obviously not support.

"Many of the sponsors of the bill come from the fringes of the Democratic Party, as you would expect, but not all of them. Consider Congressman Andy Levin. Levin represents the suburbs north of Detroit," Carlson said. "Levin's district leans blue, but it's still essentially bipartisan. Voters there went for Hillary Clinton, for example, by just eight points. So there's no chance a majority of Andy Levin's voters want to send plane tickets to armed robbers in Guatemala so they can move next door."

"Levin is trying to do that right now," Carlson warned. "And that's what's scary about this bill. It's happening in the dark. No one's talking about it."

Carlson pointed out that how "extremism" has crept into the mainstream.