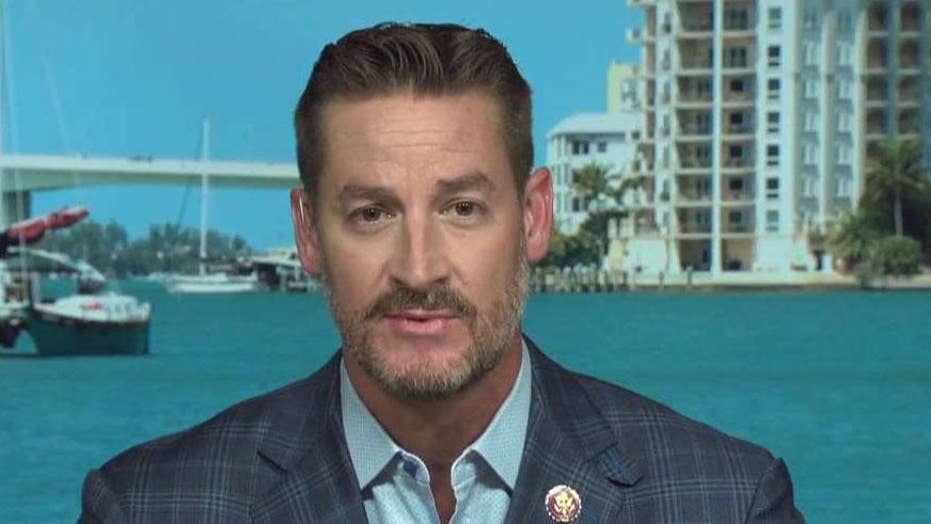 Rep. Greg Steube says it would be difficult for moderate Democrats to vote to impeach President Trump

Florida Republican Rep. Greg Steube says the impeachment push will not end until the Democrats aren't in control of the chamber anymore.

While appearing on "America's News HQ," Stuebe contended that Mueller's testimony benefited the president the most and likely was a flop for Democrats hoping to uncover new information.

"If they were trying to get something more out of Mueller that wasn't in the report ... then it absolutely was a disaster," Steube said.

Steube was one of the Republicans who questioned Mueller during his hearing before the House Judiciary Committee. He argued that Democrats had no grounds for impeaching Trump, claiming that Mueller put the kibosh on concerns about a conspiracy with Russia and obstruction of justice.

2020 DEM ON IMPEACHMENT: PELOSI IS 'POLITICALLY BRILLIANT' BUT OUR DUTY IS TO CONSTITUTION, NOT PARTY

Steube told Fox News host Jillian Mele that Mueller's testimony probably didn't persuade people to impeach Trump but, if anything, solidified Americans' opinion that there was "nothing" to the accusations against Trump.

"All he did was confirm what the president has been saying for the last two years and what we all knew to be the facts," Steube said.

His comments came as House Judiciary Chairman Jerrold Nadler, D-N.Y., announced that his committee was pursuing an "impeachment" investigation after months of Democrats calling for proceedings in the House.

Steube predicted that Congressional investigations wouldn't subside until Democrats controlled the chamber. "They don't want to talk to the American people about their things that they're big on like the Green New Deal or Medicare for all," he said.