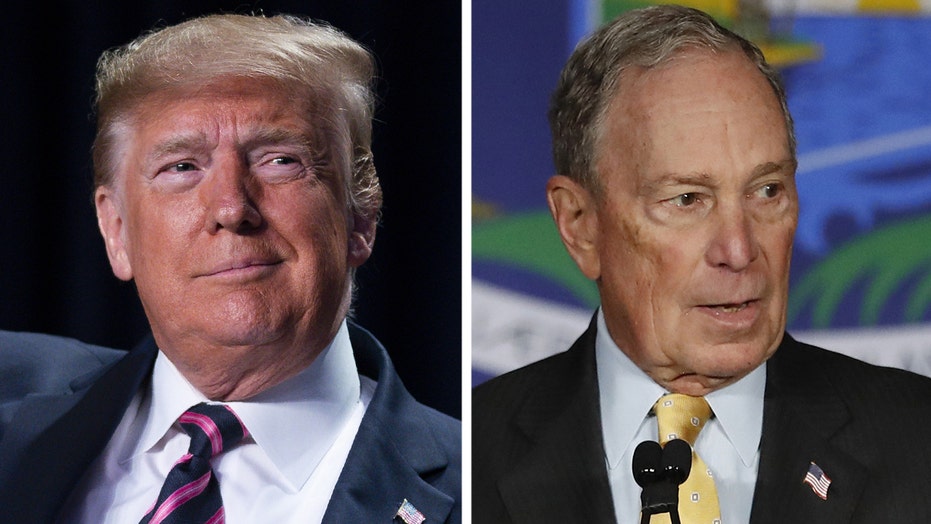 Trump: What Bloomberg did to the black community was a disgrace

In a wide-ranging interview with Geraldo Rivera on "Geraldo in Cleveland" on Fox News Radio affiliate WTAM, the president said that his attorney, Rudy Giuliani was a "far better mayor than Bloomberg" and was "tough" but used stop and frisk "sparingly" and "really brilliantly."

When Bloomberg succeeded Giuliani as mayor in 2002, Trump said the billionaire "multiplied [the policy] times 10."

While supporters of stop and frisk say the practice saves lives by getting illegal weapons off the streets, critics say the directive unfairly targets minorities. Under the policy, police can temporarily detain, question and search civilians suspected of carrying weapons.

In 2011, the NYPD stopped 685,724 people, an overwhelming 88 percent of whom deemed innocent. Crime in the Big Apple dropped has roughly 80 percent since the Giuliani administration enacted "Stop, Question, and Frisk" in the mid-'90s.

Earlier this week, an audio clip from 2015 resurfaced in which Bloomberg gave a full-throated defense of the controversial policing procedure.

In the recording, Bloomberg acknowledged that stop and frisk targeted minority "kids" who cops must throw "up against the wall" to disarm.

Since launching his bid for the presidency in 2020, Bloomberg has apologized multiple times for his hand in the enforcement of stop and frisk.

In a statement, Bloomberg said that he had inherited the practice of stop and frisk when he became mayor in 2002, but regrets that he had not cut it back sooner.

"I have taken responsibility for taking too long to understand the impact it had on Black and Latino communities," he wrote. Meanwhile, the hashtag #BloombergIsRacist started trending on Twitter Tuesday afternoon. 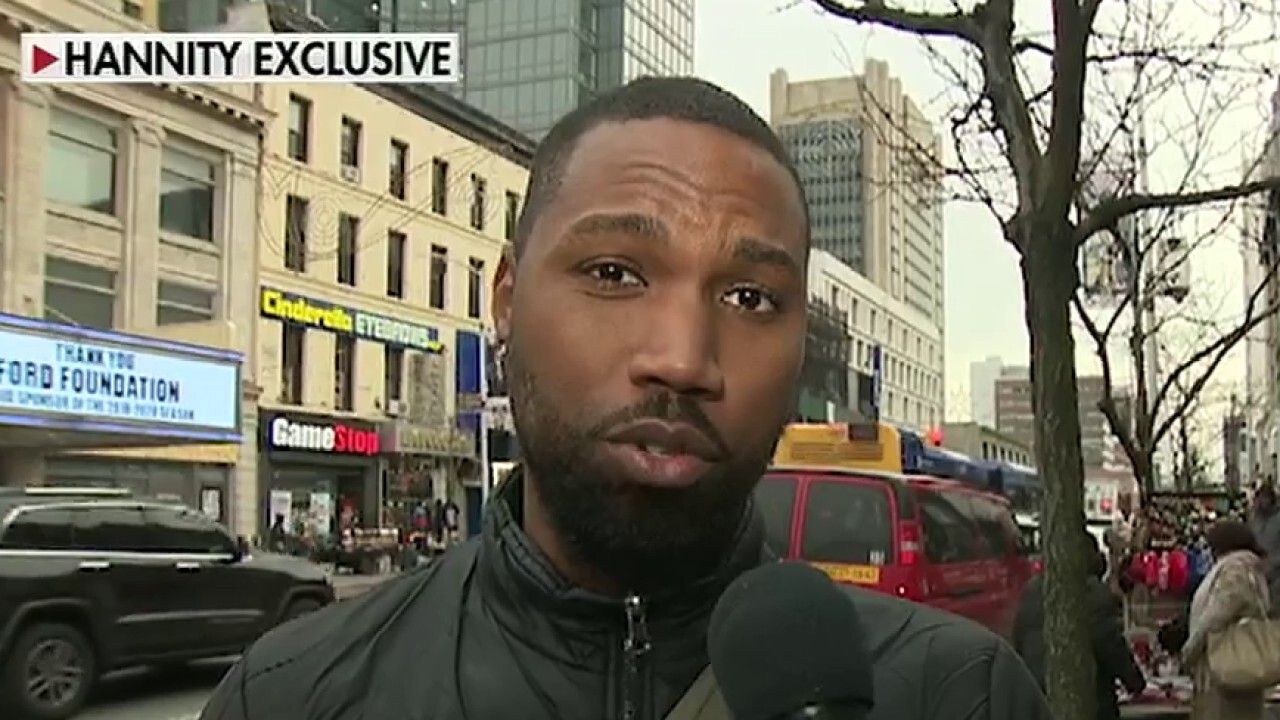 Since the release of the clip, the president has thrown several rhetorical punches against the billionaire and his tenure as mayor.

On Tuesday morning he tweeted and deleted:  "WOW, BLOOMBERG IS A TOTAL RACIST!"

On Thursday morning, the war of words escalated even further.

“Mini Mike is a 5’4” mass of dead energy who does not want to be on the debate stage with these professional politicians,” the president tweeted Thursday morning. “No boxes please. He hates Crazy Bernie and will, with enough money, possibly stop him. Bernie’s people will go nuts!”

Bloomberg, soon after, returned fire on Twitter, in Trumpian language.

“We know many of the same people in NY. Behind your back they laugh at you & call you a carnival barking clown,” Bloomberg tweeted. “They know you inherited a fortune & squandered it with stupid deals and incompetence. I have the record & the resources to defeat you. And I will.”

"If you are a black person walking down the street, you are going to be stopped and frisked under Bloomberg," the president told Rivera. "And, that's why they had a revolution in New York because of what he did."

The president said under Bloomberg "every black person" in New York City was "stopped two times, three times a day." 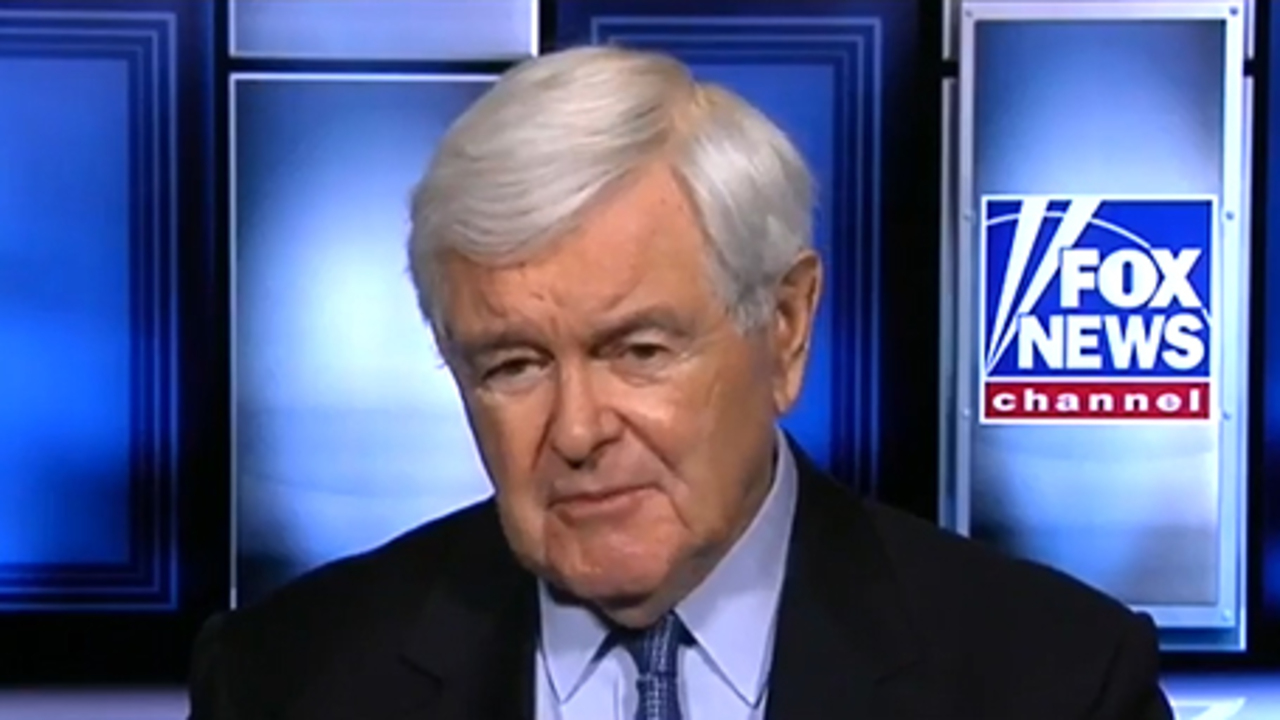 "You couldn't go to your house. They were stopping every day," he remarked.

"What Bloomberg did to the black community was a disgrace. And then he gets up and he cries in a church and he discards everything that he stood for," the president continued. "And if he gets elected, I would be surprised."