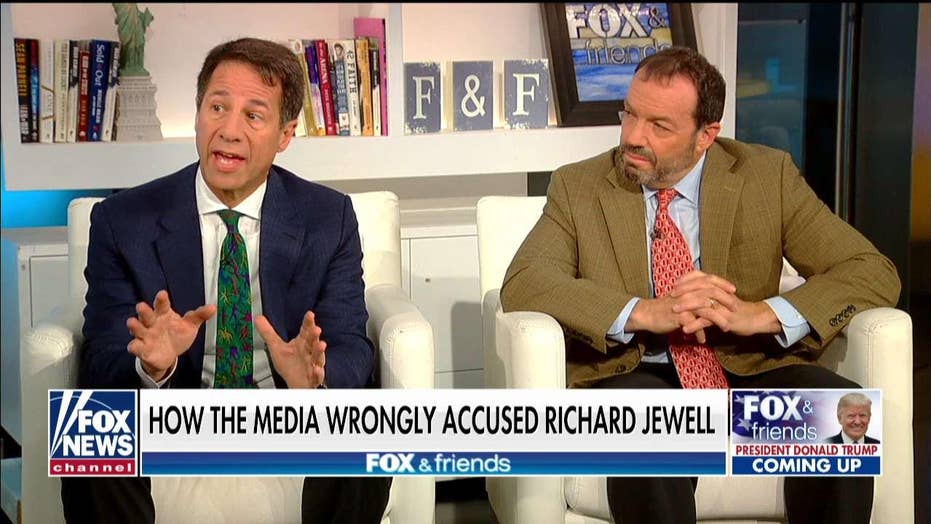 After more than 20 years since the 1996 Olympic Park bombing, a new book is exposing FBI investigators and the media's rush to find the culprit. It was a desperate search that ultimately led to a wrongful accusation against an innocent man.

Former case prosecutor and U.S. attorney in Georgia Kent Alexander and Kevin Salwen -- who ran the southeastern coverage for the Wall Street Journal at the time -- told "Fox & Friends" host Brian Kilmeade on Friday that their own investigation into security guard Richard Jewell while writing "The Suspect" was "fascinating."

Jewell discovered a pipe bomb in a knapsack at a park near the Olympic grounds. Although he reportedly helped clear bystanders out of harm’s way, he was later named as the primary suspect in the case. He endured countless media outlets naming him a lone bomber and terrorist, only to be cleared of all charges three months later.

Kilmeade noted Jewell had said some strange things that pushed investigators to believe that he might have been the culprit.

"And so, there are just odd things that he said and other things that just came together," he explained.

Salwen said that 1996 was a "fascinating year in media," as Fox News Channel and MSNBC joined CNN on cable and The Wall Street Journal and the New York Times went online for the first time.

"All of a sudden the pace of news really accelerates," he explained. "And, in many ways, it's very much a pre-social media social media story."

"And the risk here, of course, is that someone like a Richard Jewell gets caught up in the swirl of all this," he added.

"He's a fascinating guy. He's a really fun guy. I love Richard Jewell," Alexander commented. "A lot of it ended here and then the story keeps going because there are a lot of things that happen with him afterward."

"The Suspect" is available now and Clint Eastwood's new movie, "The Ballad of Richard Jewell,” will hit theaters December 13.

Jewell died of diabetes-related heart failure at age 44 in 2007.