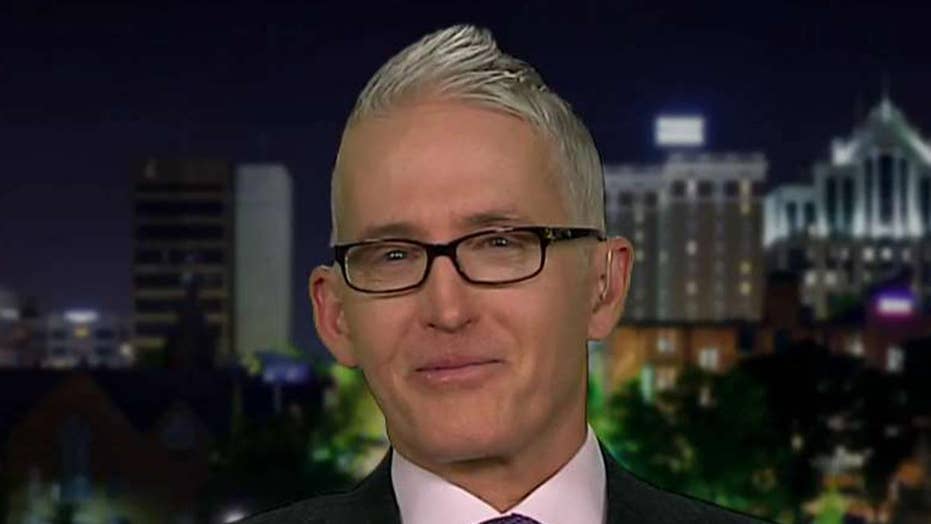 Former congressman Trey Gowdy said on "Hannity" Thursday that there is no way President Trump will be convicted by the Senate and removed from office following his impeachment trial and claimed that Democrats' real objective is to "neuter" the president in a potential second term.

"There is no mathematical way he's ever going to be convicted and they know that," Gowdy said. "So their goal cannot be to remove Donald Trump from office. It is to neuter his second term."

Senate Majority Leader Mitch McConnell, R-Ky., told Republican senators Thursday that he expects House Speaker Nancy Pelosi, D-Calif., to transmit the articles of impeachment against to the upper chamber as soon as Friday, meaning a trial could begin early next week.

Pelosi is facing rising pressure to transmit the articles of impeachment, with members of her own party signaling that they are losing patience with her delay.

Gowdy believes the Democrats' strategy is to target vulnerable Republican senators with their impeachment vote during the election.

Gowdy also stated his belief that the Senate Republican leadership has not been deterred by Pelosi holding the impeachment articles and does not feel compelled to call witnesses.

"The good news is the senators that I talk to on a regular basis under the leadership of Mitch McConnell are not falling for Nancy Pelosi's trick," Gowdy said. "She can send them and they'll do what they want, but they are not moved by this three-week pause that she's engaged in."