Tomi Lahren on Beto O'Rourke's vow to take away guns: 'Finally they're being transparent'

The line from the former congressman from Texas received loud applause from the audience at the third-round debate in Houston, as he proposed a mandatory buyback of assault weapons.

"Finally they're being transparent. We have been saying for years that they want to take our guns and it was always just, 'Oh you stupid hillbillies, we don't want to take your guns.' And now they're coming out and saying it proudly," said Lahren, also pointing to statements from Sen. Elizabeth Warren, D-Mass., who vowed that gun control would have to be gradual and be accomplished through many pieces of legislation.

"What that really means is let's gradually chip away at it, so people don't realize their Second Amendment rights are being corroded and then it'll lead to what we actually want, which is confiscation," Lahren added. 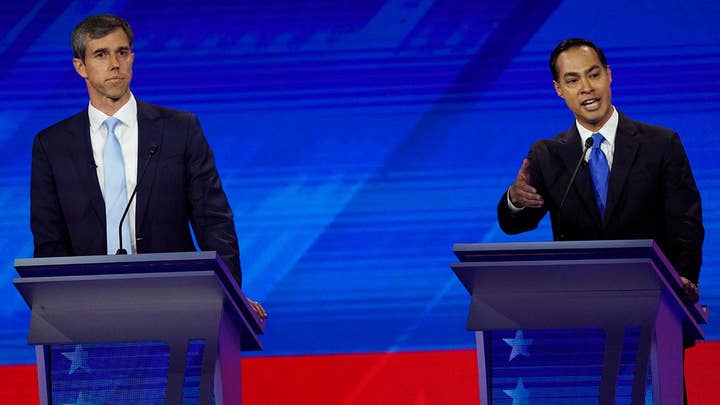 In the wake of multiple deadly mass shootings last month, including two in Texas, many of the candidates stepped up their calls for the federal government to start buying back assault-style weapons from owners – with some of the White House hopefuls urging mandatory buybacks.

O'Rourke was among the candidates to recently declare, “Americans who own AR-15s and AK-47s will have to sell their assault weapons.”

O’Rourke was complimented by his rivals on the debate stage for his outspoken efforts on the issue of gun violence. He suspended his campaign last month and returned to his home town of El Paso after a mass shooting there that left 22 people dead and many more injured.

O’Rourke has made stemming gun violence an integral part of his campaign.