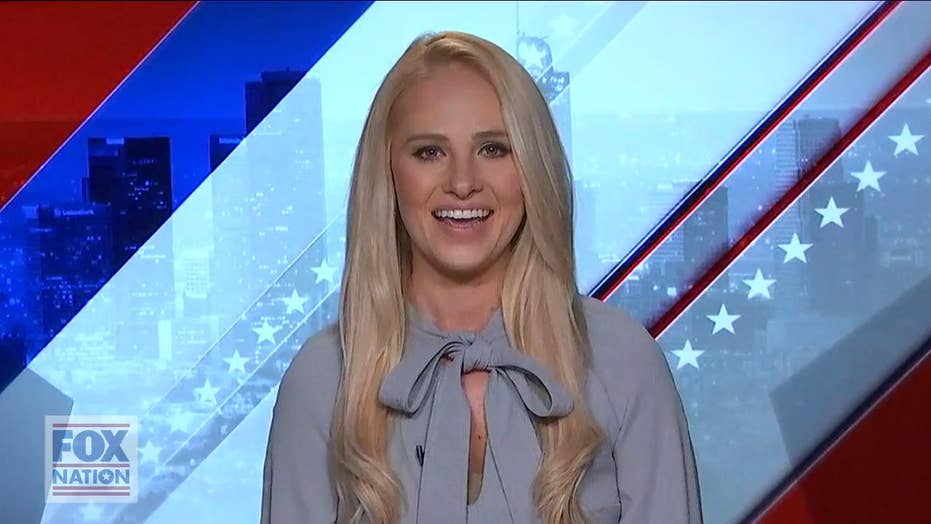 "Leave it to a California church to turn the Christmas story into a political ploy intended to demonize border agents, border security and of course, Donald Trump," Fox Nation host Tomi Lahren said on Tuesday's episode of "Final Thoughts."

Lahren was responding to a viral tweet that depicted a Southern California church's protest of the now-defunct Trump immigration policy that separated families who illegally crossed into the U.S. from Mexico.

Rev. Karen Clark Ristine posted a photo of the controversial display, saying she was "stirred to tears" by the Claremont United Methodist Church's "protest Nativity," which depicts Jesus, Mary and Joseph in separate barbed-wire cages.

"We’ve heard of their plight; we’ve seen how these asylum seekers have been greeted and treated. We wanted the Holy Family to stand in for those nameless people because they also were refugees," Ristine told the Los Angeles Times of the controversial display.

Ristine also insisted that the display was not politically motivated, but Lahren questioned the true motive behind the "factually inaccurate" scene.

"What is it then, besides factually inaccurate," Lahren asked. "Maybe the Claremont United Methodist Church leaders need a Christmas story refresher because Mary and Joseph were not illegal immigrants."

"In fact," Lahren continued, "they were following the law by going to Bethlehem, as evidenced in Luke Chapter 2 verses 1-5."

Further reiterating her point, Lahren broke down the history of the birth of Jesus for her Fox Nation viewers, contradicting the church's claim that Mary and Joseph had entered into Bethlehem illegally.

"The couple lived in Nazareth when Mary was pregnant with the baby Jesus," Lahren said. "The Roman emperor called for all the residents of the empire to be counted and taxed. Mary and Joseph traveled to Bethlehem, where King David had been born, because Joseph had roots there.  They didn’t enter illegally."

"Furthermore, the whole territory was under the Roman Empire, so their journey would be akin to traveling from Texas to Oklahoma. Not the same as migrants entering our country illegally through our southwest border, but good try," she added.

Lahren, who frequently visits the southern border in an attempt to shed light on the challenges faced by border patrol agents, came to their defense in the Fox Nation episode, claiming that illegal detainees are "given more care, resources, and amenities than homeless Americans."

"As someone who has actually been on several border trips, been to detention and processing centers, and spoke about this issue in-depth with our border patrol agents, I can tell you this -- those illegal immigrants in CBP [Customs and Border Patrol] care and custody are given more care, resources and amenities than homeless Americans, many of whom live right here in Southern California," she said.

"But the people who created this b.s. nativity scene don’t care about any of that, the same way the Democrats and Leftist mainstream media members don’t care," Lahren said.

"They are all disingenuously pushing this narrative just to demonize our border agents, border security and our president. The illegal immigrants are just political pawns in the game," she added.