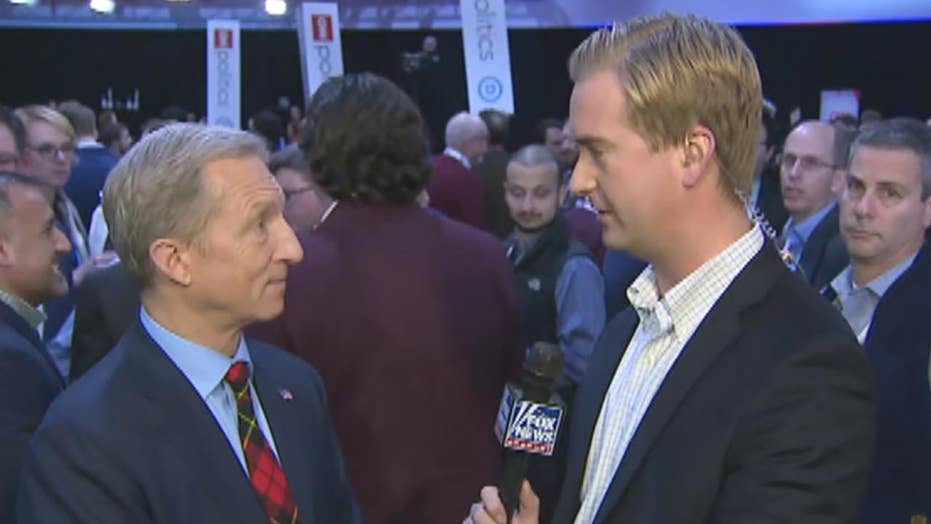 Tom Steyer: Beating Trump means taking him down on the economy

"They should have every single person testifying who can testify about what went on with Mr. Trump," Steyer said in the interview released Thursday. "If it's relevant to showing whether or not Mr. Trump is corrupt, and we all know he is, then ... those people should be up testifying under oath in front of the American people."

"If there is something about Hunter Biden that shows that I'm in favor of it," Steyer added. "But as far as I can tell ... that's a sideshow. That's an attempt to deflect away attention from what the truth is, which is this is an impeachment trial to see whether Mr. Trump himself is corrupt and is trying to change the subject. I don't think it is appropriate."

The Democratic candidate also talked about his campaign and his surging numbers in two recent Fox News polls in the early primary and caucus states of South Carolina and Nevada and said he'll continue to focus on finishing strong in the Iowa caucuses and New Hampshire primary. 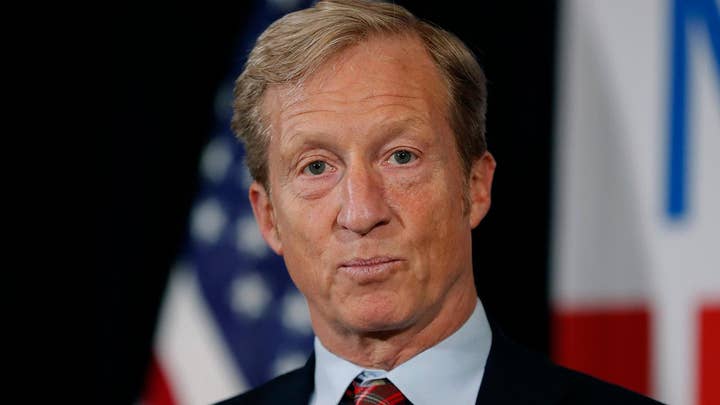 "My numbers have gone up in every state consistently, consistently since I got in the race in July. So I'm going to continue to focus on all four of those states. I believe my numbers will continue to move up," Steyer said. "I'm different from everybody else and I'm going to keep on that message, particularly on the economy, my ability to beat Mr. Trump, because I believe people are hearing it. I believe people are coming to me and I have a lot of momentum."

The billionaire defended his wealth and the money he has spent on television ads.

"Look, I'm not a famous person. And so we have run ads to try and raise my name recognition," Steyer said. "But that's not the point. The only thing that works in this race is message."

Steyer also touted his economic credentials and claimed the economic gains that had been made under Trump were "fake."

"I can go toe to toe with him on the stage and take him down on the economy because actually his supposed strength is a fake and he is a fake and I can show it," Steyer said.

To hear the full interview and subscribe for others go to FoxNewsRundown.com.