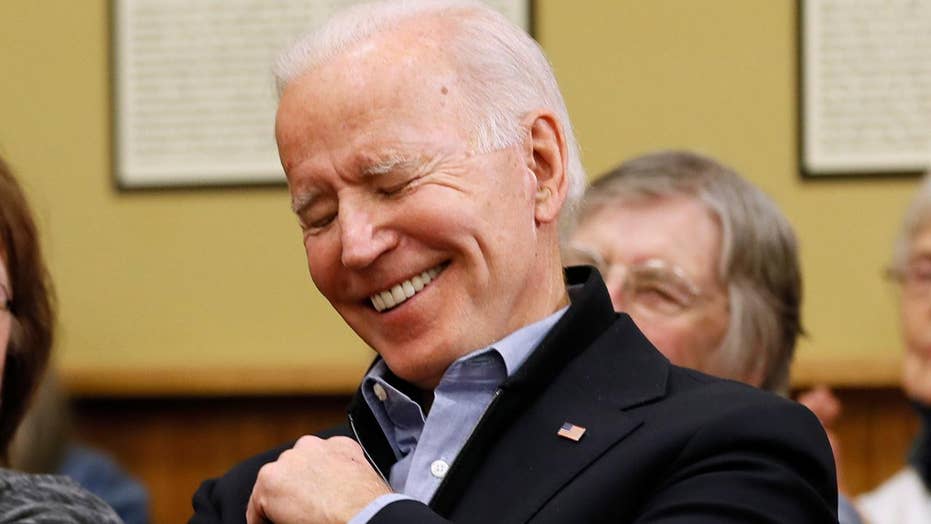 Joe Biden continues to hold a large lead in the race for the Democratic nomination in South Carolina, as newcomer Tom Steyer jumps into second.

That’s according to a Fox News Poll of likely Democratic primary voters in the Palmetto State, which is the fourth state to vote in the Democratic race.

“Biden is the clear frontrunner in South Carolina,” says Republican pollster Daron Shaw, who conducts the Fox News Poll with Democrat Chris Anderson. “And it appears Steyer has spent himself into a potentially relevant position, as he’s knocking on the door of the 15 percent delegate threshold.”

The former vice president receives the backing of 36 percent of primary voters (down 5 points since October).  Steyer captures 15 percent, up 11 points.  Bernie Sanders gets 14 percent (+4 points) and Elizabeth Warren stands at 10 percent (-2).

Pete Buttigieg comes in at 4 percent (+2), while Michael Bloomberg, Cory Booker, and Andrew Yang each get 2 percent.  All others garner one percent support or less.

When South Carolina Democrats vote February 29, it will be the first primary with a significant African American population -- and they are key to Biden’s advantage.  He receives 43 percent among black voters, while Steyer takes 16 percent, Sanders 12 percent, Warren 6 percent, and Booker and Buttigieg get 2 percent apiece.

Steyer’s strong showing comes primarily from black voters and women, as he comes in second to Biden among both of those groups.  Plus, he’s second only to Sanders among voters under 35.

Sanders leads by 10 points among voters under age 35 and ties Biden for first among non-college white voters.

Things are still in flux, as 51 percent say they will definitely support their candidate, but nearly half say they could still change their mind (48 percent).

Among those backing Biden, 59 feel certain they will vote for him, while 50 percent of Sanders supporters and 48 percent of Steyer supporters say the same.

And when first- and second-choice preferences are combined, Biden gets 52 percent, Sanders 30 percent, Steyer 26 percent, Warren 23 percent, and Buttigieg 10 percent.

Without Biden in the race, Sanders has as 23-21 percent edge over Steyer, followed by Warren at 16 percent.

“If Biden survives Iowa and New Hampshire in the top tier, South Carolina should be a chance to notch a big victory and show some strength,” says Anderson.  “But if he emerges damaged, the race in South Carolina could flatten out and give Sanders or Steyer a chance to make a statement and show momentum just before Super Tuesday.”

South Carolina Democratic primary voters split between wanting their nominee to be someone who will restore the political system to the way it was before the Trump administration (47 percent) and one who will fundamentally change the way the system works (45 percent).

Those wanting to restore things go for Biden by a wide 33-point margin, while the preference among those looking for big change splinters:  Biden (27 percent), Sanders (18 percent), Steyer (18 percent), and Warren (10 percent).

Nearly half, 48 percent, would be “very” satisfied with Biden winning the Democratic nomination, while 33 percent would be happy if Sanders won, 27 percent with Warren, and 15 percent Buttigieg.  About a quarter of SC primary voters (26 percent) have never heard of Buttigieg or are unable to give an opinion.

The poll also asked primary voters if their friends and neighbors would be hesitant about backing a presidential candidate with certain characteristics.  Forty-four percent say their friends would be extremely or somewhat hesitant about voting for a gay candidate.  That’s more than the 40 percent who feel that way about a candidate over age 70 (which includes Bloomberg, Biden, Sanders, and Warren).

Fewer, 29 percent, would expect hesitancy about supporting a woman.

Conducted January 5-8, 2020 under the joint direction of Beacon Research (D) and Shaw & Company (R), this Fox News Poll includes interviews with 808 South Carolina Democratic primary voters who spoke with live interviewers on both landlines and cellphones and has a margin of sampling error of plus or minus 3.5 percentage points.  Respondents were randomly selected from a statewide voter file and screened to identify potential participants in the Democratic presidential primary.