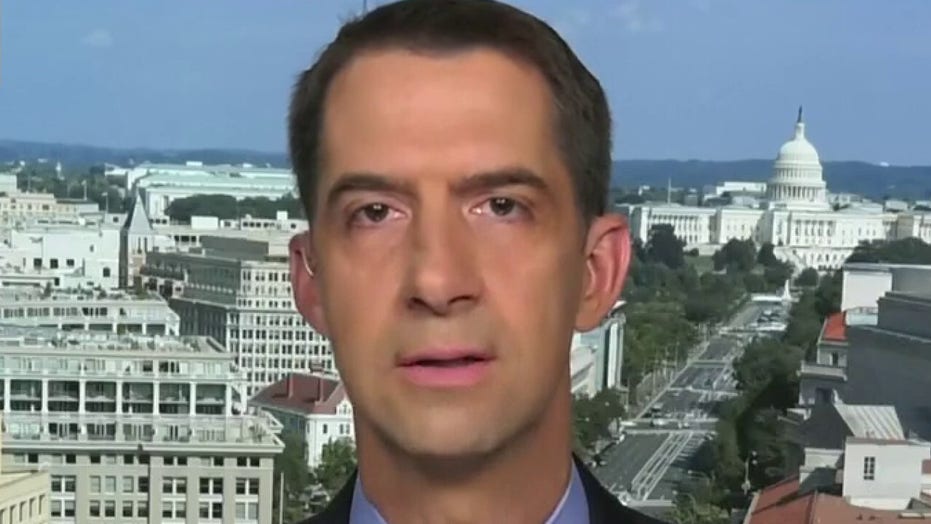 Sen. Cotton on Portland violence, next COVID-19 stimulus plan, his bill taking on The 1619 Project

Sen. Tom Cotton, R-Ark., said on Monday that "the New York Times should not be teaching American history to kids" amid the push for material from the news organization’s '1619 Project' to be incorporated in school programs.

“Many founders believed that only with the union and the Constitution could we put slavery on the path to its ultimate extinction,” Cotton told “Fox & Friends.”

Cotton said that leading historians, including James McPherson and Gordon Wood, have debunked the 1619 project.

Meanwhile, Cotton on Thursday introduced a bill that proposed denying federal funds to schools that incorporate The New York Times’ controversial “1619 Project” into its teaching curriculum.

Multiple school districts, including in Chicago and Washington, D.C., have already updated their history curricula to incorporate material from the “1619 Project,” which argues that America’s defining year was 1619, the year of the first slave ship’s arrival in the New World, and not 1776.

The project, created by Nikole Hannah-Jones, was awarded the 2020 Pulitzer Prize for commentary. However, several historians have criticized the series of articles for multiple inaccuracies, including the argument that the American Revolution was fought not to achieve independence from Britain, but to preserve the institution of slavery.

Cotton said the fundamental moral principle in the Declaration of Independence says that all men are created equal.

“The history of America is the long and oftentimes difficult struggle to live up to that principle,” Cotton said.

Cotton went on to say, “That’s a history we ought to be proud of, not the historical revisionism of the '16919 Project,' which wants to indoctrinate America’s kids and teach them to hate America, to believe that America was founded not on human freedom, but, on racism, to think that slavery was not an aberration but the true heart of America.”