"Bernie's momentum will not stop in South Carolina," says Senator Tim Scott making his prediction for the winner of the Democrat primary in his home state

The rest of the Democratic field is "in trouble" if Sen. Bernie Sanders, I-Vt., can continue his winning streak in Saturday's South Carolina primary, Sen. Tim Scott, R-S.C., predicted Tuesday.

Seven Democratic candidates are set to take the debate stage in Charleston Tuesday night to make their final pitch to voters in The Palmetto State. Although former vice president Joe Biden has long been favored to win South Carolina, Sanders has been rapidly gaining ground, particularly among black voters.

"If they do not take on Bernie Sanders [in the debate], they are all in trouble if they think they're going to win the nomination," warned Scott.

"If you think about not only this Saturday but go to Super Tuesday where Texas and California represent about a third of what Bernie would need in order to become the nominee..." Scott mused. "If he has the momentum coming out of South Carolina ... My definition of momentum is if Joe Biden does not win by double digits, it's a loss for him and perhaps the end of his campaign." 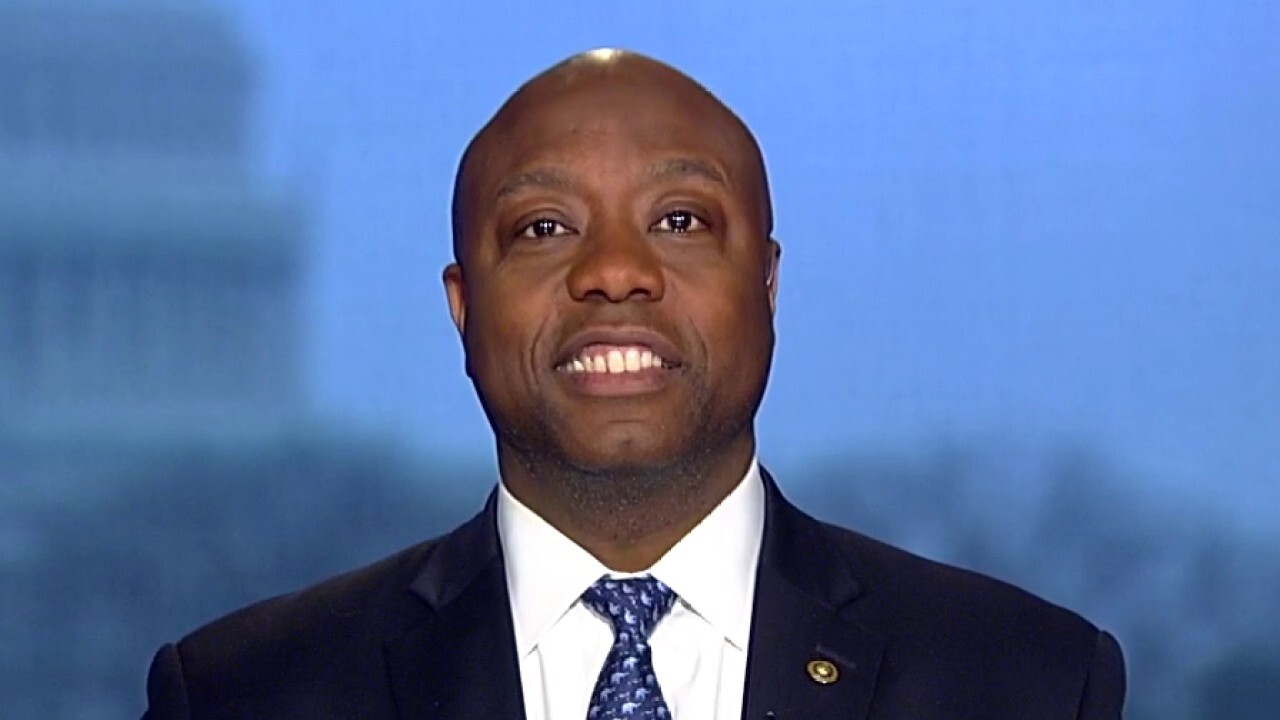 "For Bernie," Scott continued, "you think about this: three weeks ago Biden had a 30-point lead in South Carolina. Bernie's numbers within the African-American community in South Carolina are up close to 50 percent from 2016."

"If that momentum continues, Katie bar the door," Scott stated.

"This is going to be a consequential debate tonight which will foreshadow what happens on Saturday and that leads right into Super Tuesday," he told Smith.

"I think, the Democratic field, they're in trouble."

Fox News' Gregg Re, The Associated Press, and Brooke Singman contributed to this report.