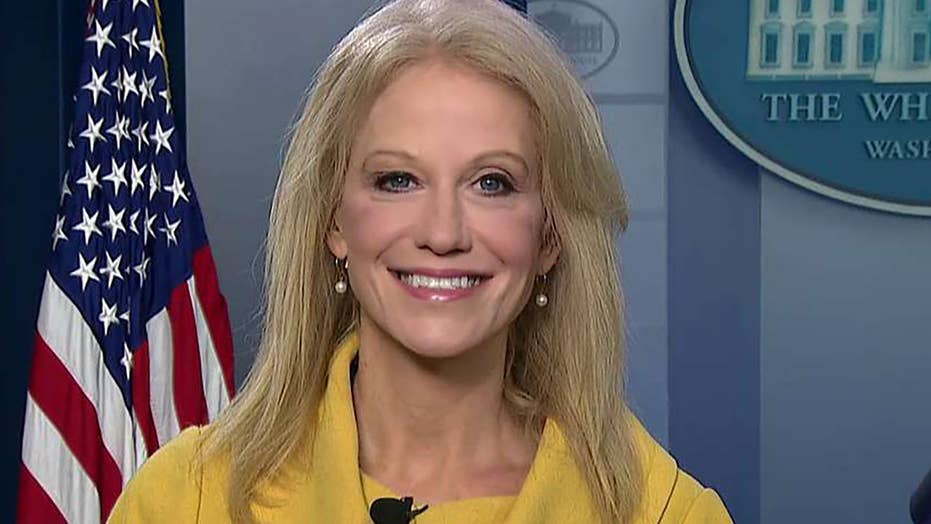 The daytime stars of "The View" speculated Tuesday on what they called the "really sick relationship" between Counselor to the President Kellyanne Conway and her husband George Conway after he took direct aim at his wife on Twitter, with one host predicting they will split up.

On Monday, Kellyanne Conway had some fun at the expense of former Vice President Joe Biden after a 2017 video clip showed him describing how children would rub his leg hair back when he was a lifeguard at a Delaware pool in his younger days.

"We need Ukraine's help to defeat THIS guy?" the White House aide asked.

Minutes later, her husband responded: "Your boss apparently thought so."

'THE VIEW' PANS MAYOR PETE'S PAST COMMENTS ON RACE: 'NEEDS TO GET A LITTLE MORE WOKE'

"Now, what's going on with those two?" Joy Behar opened the discussion.

"They're gonna get a divorce," Sunny Hostin replied.

Guest host Ronan Farrow called the public feud between the Conways "delightful," laughing about how Kellyanne Conway often "disparages" her husband during interviews and claiming that she "does not understand" the concept of "off the record."

Meanwhile, Meghan McCain pulled no punches in her assessment of the couple.

“I think that they have a really sick relationship," McCain said. "I think this is a sick thing to do. You have four kids at home and they’re going to read this someday ... The idea that me and my husband would be somehow feuding with each other over our work, I just think it’s gross. I don’t know why America has to be subjected to their marital problems.”

Behar, however, had a different theory.

"I think it gets them hot, I do," Behar told the panel, sparking some laughter from the audience. "I think it turns them on. They love it!"