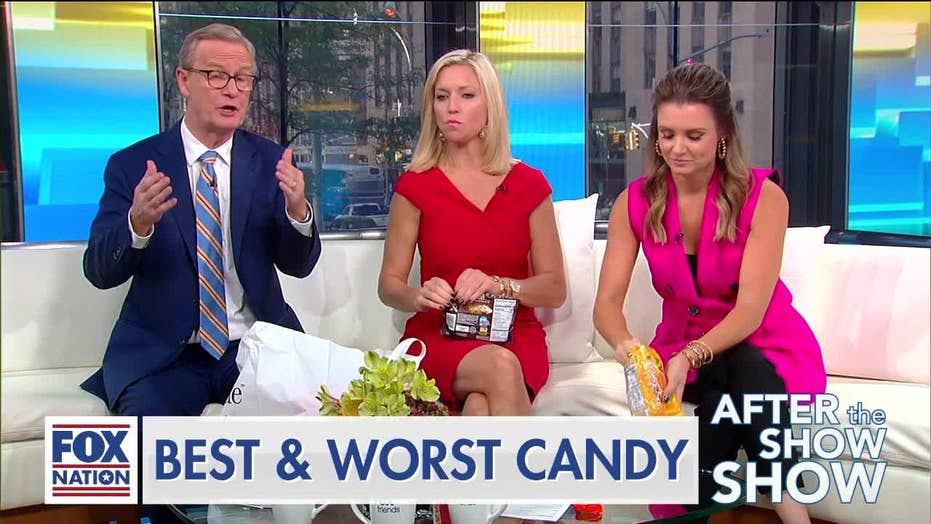 In the latest episode of Fox Nation's "After the Show Show," the "Fox & Friends" hosts took viewers behind the scenes as they snacked on their favorite Holloween treats. They also doubled down on their criticism of a new survey that dubbed that seasonal standard, candy corn the “worst Halloween candy.”

CandyStore.com came up with its list after reportedly surveying over 30,000 of its customers on their least favorite Halloween candy, and “mashed” those findings with data from 12 prominent online rankings of the best and worst candies. Those that ranked lowest on the online lists received a score of 10 points, while those that ranked highest were scored with one point. 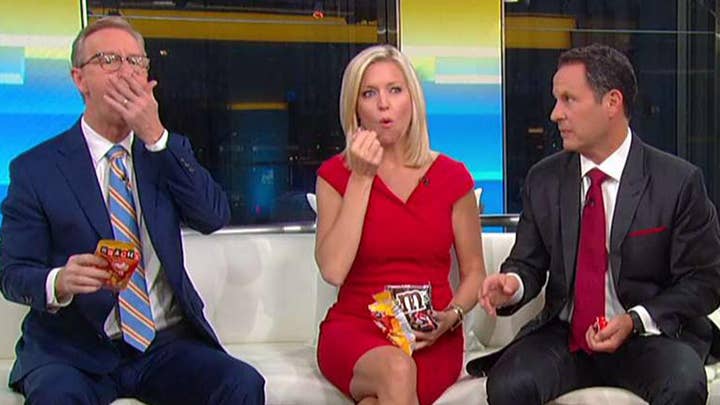 Candy corn slid into the No. 1 spot this year, according to the survey. That riled Steve Doocy, a fan of candy corn, who called the survey a "stupid list," while his co-hosts snacked on treat, undaunted by any rankings.

Referencing an earlier list that reported the most popular candies according to state, New Jersey native Doocy was proud to learn that the Snickers bar garnered the most support across his home state.

THIS IS THE WORST HALLOWEEN CANDY ACCORDING TO A NEW STUDY

Ainsley Earhardt relayed a personal memory from her childhood involving the popular snack.

"When we were growing up ... next door to my grandparents there was this guy named Bruce, and we would always go over because we knew he had Snicker bars," she said with a mouth full of candy corn.

As the hosts indulged, Doocy explained why they are not candy-eating regulars.

SEE IT: THE COLLEGE ADMISSIONS SCANDAL INSPIRES ITS OWN 'SEXY' HALLOWEEN COSTUME 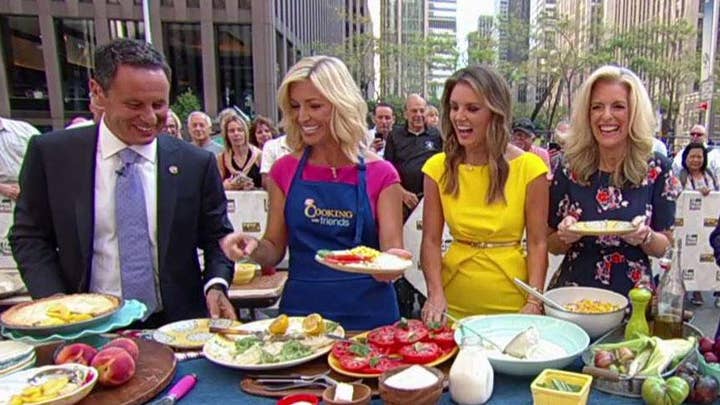 On the other end of its findings, CandyStore.com determined Reese’s Peanut Butter Cups, Snickers, Twix, KitKat and M&M’s – in that order – were Halloween's Top Five.

To watch your favorite "Fox & Friends" hosts behind the scenes as they recount childhood stories, indulge in their favorite treats, and more, watch the latest episode of "After the Show Show" available on Fox Nation today.