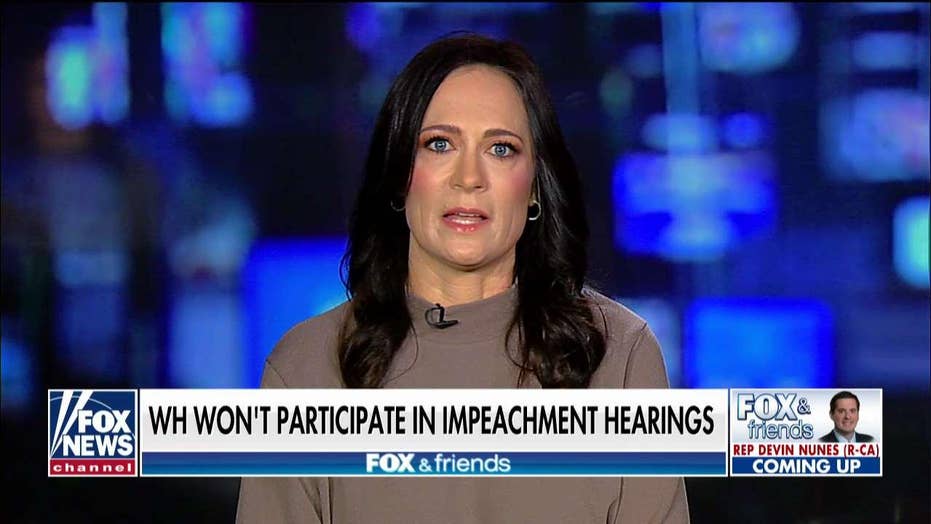 White House Press Secretary Stephanie Grisham told 'Fox &amp; Friends: Weekend' that the impeachment is a sham and that Democrats are personally and politically motivated.

On Thursday, Pelosi announced that the House will proceed with articles of impeachment against the president, declaring that the president's conduct "leaves us no choice but to act."

Appearing on "Fox & Friends: Weekend" with hosts Pete Hegseth, Ed Henry, and Lisa Boothe, Grisham said that the American people are seeing that "Democrats have not been able to produce any evidence" in the probe, while President Trump "continues to produce results."

PELOSI ONCE SAID GOP PARALYZED BY 'HATRED' DURING CLINTON IMPEACHMENT

"We're not going to participate in a sham hearing that doesn't give him any rights. They get to choose all kinds of things. They keep moving the goalpost -- moving the rules," said Grisham -- echoing a Friday statement from a senior Trump administration official. 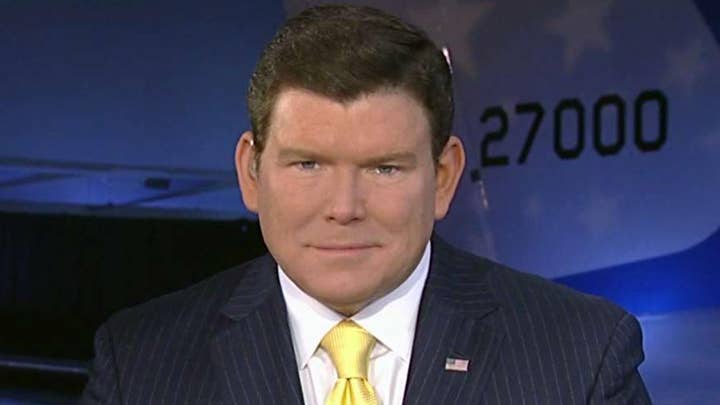 TAMMY BRUCE: BIDEN WHACKS IOWA VOTER - HERE'S WHAT IT PROVES ABOUT DEMOCRATS AND 2020

She said that the only "evidence" Democrats have "is the actual transcripts that the president produced that show he did nothing wrong," and that if the process does move to the Senate, "we will look forward to that because it will be fair."

Grisham said this is "very personal" for Pelosi.

"I would say that, you know, she said, as a Catholic, she is very upset. As an American citizen, I am very upset that the Democrats are trying to not only divide this nation but have been trying to take this president down since before he was even elected to office," she told the "Friends: Weekend."