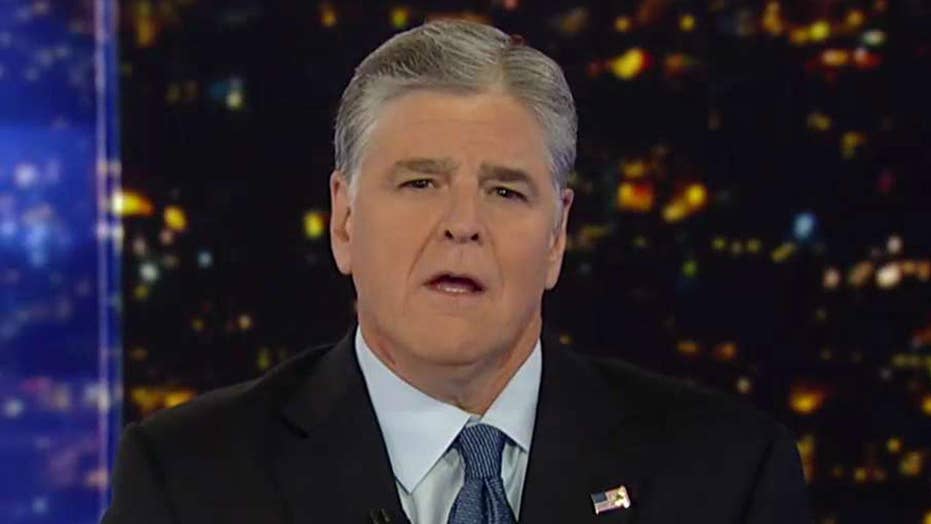 "The American people, they cannot -- will not -- be stopped. And let's make one thing perfectly clear: Numbers, they don't lie," Hannity said on his television program. "President Trump's agenda is an epic success."

U.S. hiring surged in November, as the economy added 266,000 jobs and unemployment returned to a half-century low, a sign the U.S. is powering through a global slowdown.

"Trump's policies are working. Now, this is an agenda. There's been an overwhelming success," Hannity said. "Democrats have nothing to offer. They have done nothing for three years except they hate Donald Trump."

The host also took a jab at Democratic presidential frontrunner Joe Biden's interaction with a voter Thursday, pointing out that voters are too smart to not factor in Trump's economy and Biden's son Hunter Biden's controversial relationship with a Ukraine company.

"Joe's clearly agitated because he has a lot to hide. And while the mob and the media, they're more than willing to give him a free pass, voters won't offer for Joe the same courtesy," Hannity said. "American people get it, it can't fool the American people."

Hannity ripped Democrats for their focus.

"Helping the lives of the American people, none of that matters to them. And it happened in spite of them, because they offered no help," Hannity said. "Instead, they're focused like a laser beam on one thing, one thing only: Destroy Trump."