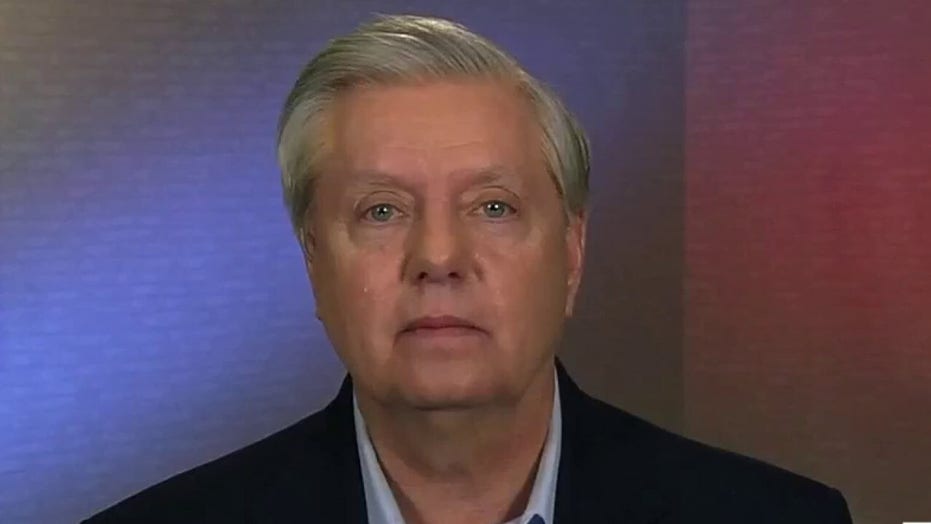 House Speaker Nancy Pelosi has been a hostage taker rather than a problem solver, says South Carolina Sen. Lindsey Graham, chairman of the Senate Judiciary Committee.

“I think she’s been incredibly small at a time when the country needs big leadership,” Graham told host Sean Hannity on Thursday.

He then explained that Pelosi’s moves stalled the Senate impeachment trial of President Trump. He said that Pelosi “held the articles of impeachment from December 18 to January 15 trying to get [Senate Majority Leader] Mitch McConnell to bend to her will to conduct a trial that she wanted in the Senate.”

Graham noted that she also held phase three of the coronavirus stimulus package, the CARES Act, “hostage” to “get money for the Kennedy Center and other stuff.”

“Now she’s trying to hold the small business administration loan program, that’s working, hostage,” he continued, referring to the fact that the federal government hit the $349 billion lending limit on the Small Business Administration’s (SBA) Paycheck Protection Program (PPP), which is part of the CARES Act.

Since the PPP loan program is now placed on hold, thousands of small business owners are waiting for Congress to approve another request from the White House to add another $250 billion for the program. Lawmakers on the Hill have been haggling over whether or not to extend the program as it stands now or to add provisions that would help minority businesses among other items. 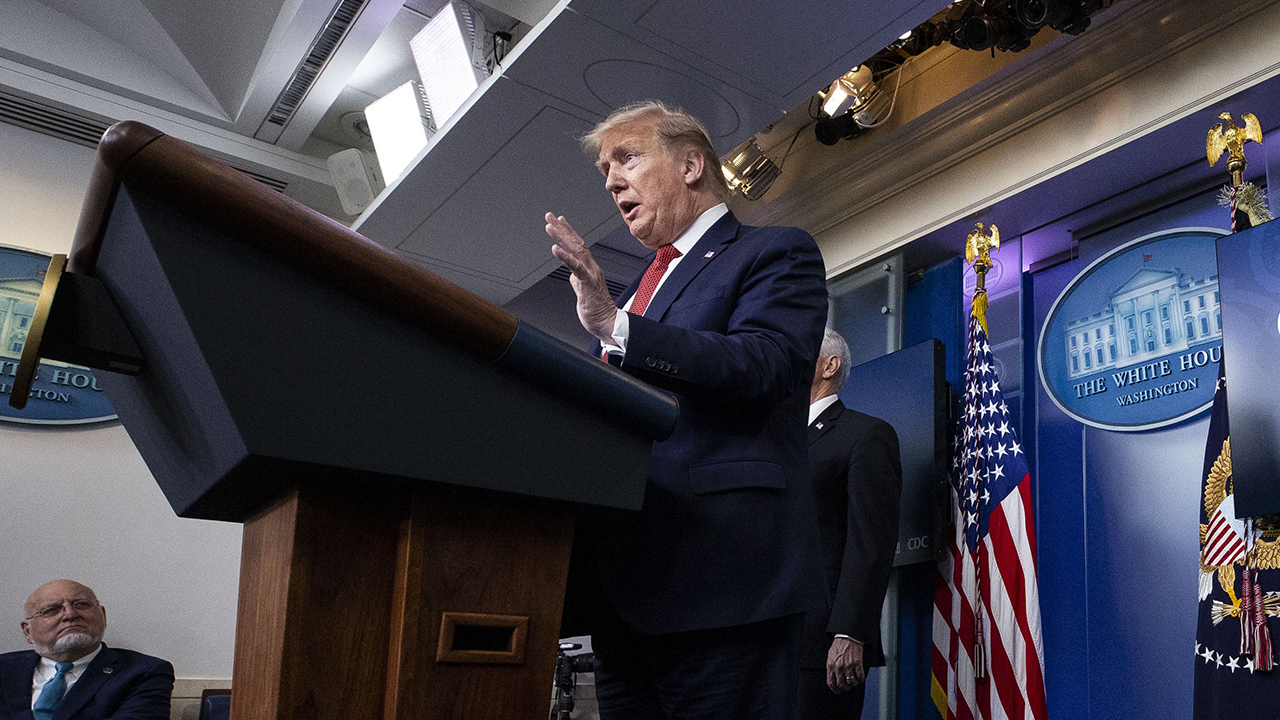 “She’s been a hostage-taker rather than a problem solver,” Graham said.

“The one thing I want to say about President Trump, the guy that I got to know in the last three years listens and he leads. He listens to Dr. [Anthony] Fauci and Dr. [Deborah] Birx and he’s come up with a phased opening of the country,” he continued. “He listens, he leads and Nancy Pelosi undermines and destroys.”

On Thursday, Graham also responded to the Fox News report that there is increasing confidence that the COVID-19 outbreak likely originated in a Wuhan laboratory, though not as a bioweapon but as part of China's attempt to demonstrate that its efforts to identify and combat viruses are equal to or greater than the capabilities of the United States, according to multiple sources. 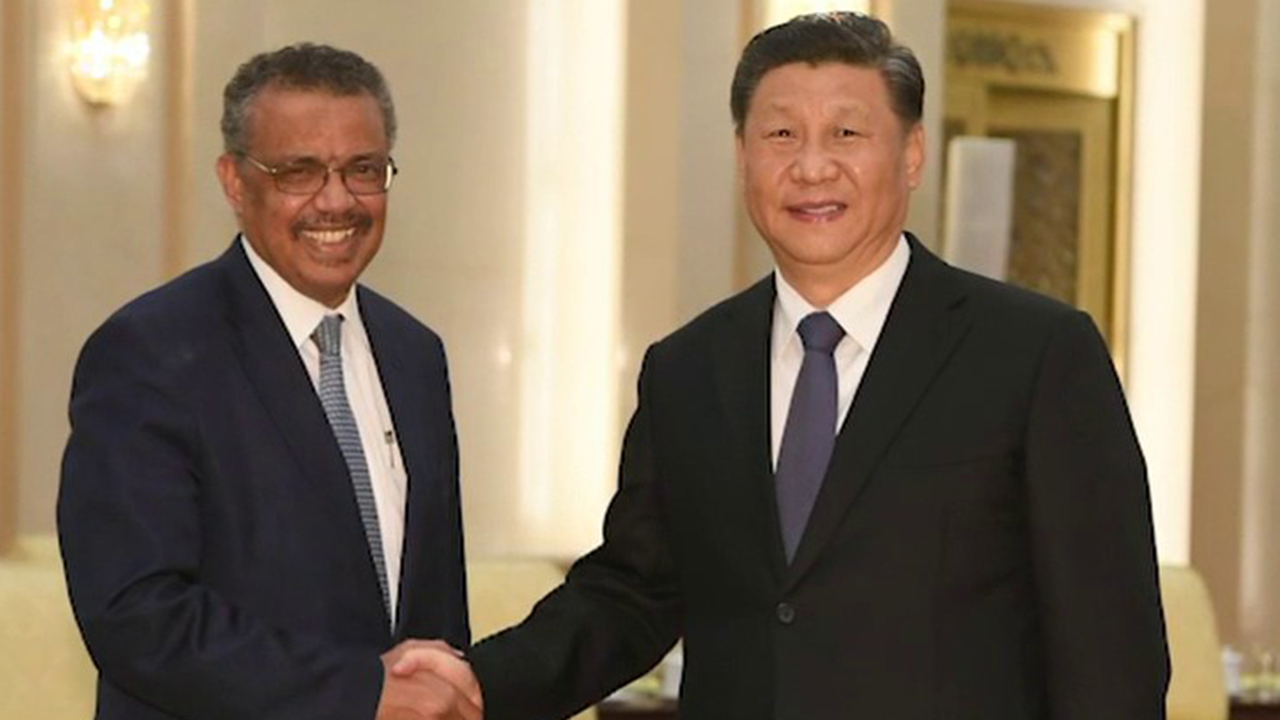 “This is the third or fourth pandemic that came out of China,” he continued. “This may have happened, the infection may have happened in a lab, but the evidence seems to suggest it was spread at these wet markets.”

He went on to ask, “What did we do to Iran who’s a bad actor? We sanctioned Iran. What should we do to the largest state sponsor of pandemics on the globe? We should sanction China to get them to change their behavior.”

Graham then brought up legislation Sen. Ted Cruz, R-Texas, introduced this week to sanction Chinese officials who Cruz said engage in "actively censoring and silencing public health information that endangers the lives Americans and people around the globe."

“If it were not for the irresponsibility of the Chinese communist party, there would be no pandemic in the world,” Graham said. “Americans would be alive today and 22 million people would be at work.”

Graham referenced the fact that over the past month more than 22 million Americans filed for unemployment benefits amid the coronavirus pandemic, according to the Labor Department.

“China is responsible. It’s time to hold them responsible,” Graham said. “They’re the largest state sponsor of pandemics in the entire globe and they need to pay a price.”