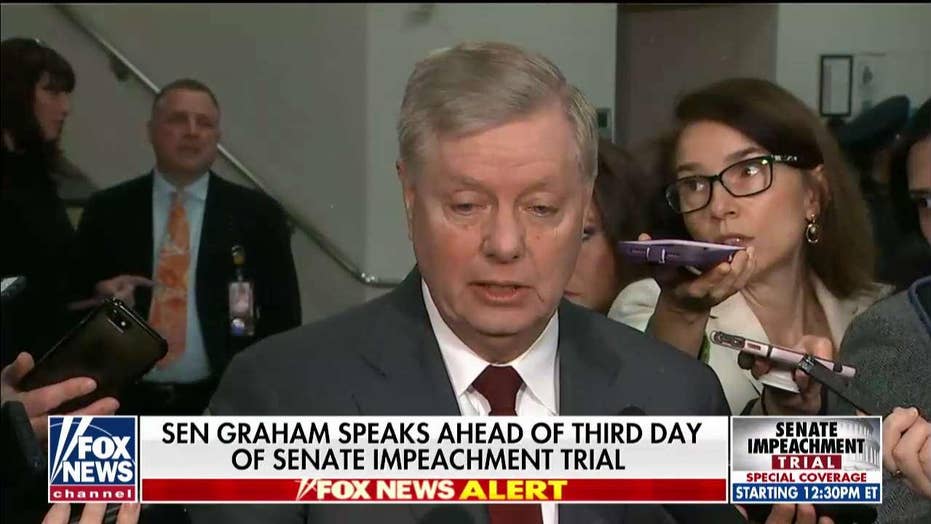 Lindsey Graham: Who in media has 'debunked' the Biden-Ukraine allegations?

Graham told reporters that while he knows "a lot about the Trump family and their dealings in Russia," he doesn't "know anything about the Biden connection" to Ukraine.

"I don't know how many times it was said by the managers that the Biden conflict of interest allegations has been debunked and there's no scintilla of evidence in terms of conflicts of interest and potential wrongdoing," said Graham, who added, "So, when the managers tell me this has been looked at and debunked ... by [whom]?"

Hunter Biden has been a frequent subject of conversation among Republicans amid the ongoing Senate impeachment trial of President Trump. Trump is accused of abuse of power for allegedly using military aid to pressure Ukraine to investigate Joe Biden's efforts to remove a prosecutor -- Viktor Shokin -- who had been looking into Ukrainian energy company Burisma Holdings, where Hunter Biden served on the board.

During the House impeachment inquiry, career State Department official George Kent testified that he had flagged Hunter Biden's apparent conflict of interest, but was told essentially not to bother the vice president's office.

Trump has indicated that he would like Hunter Biden to testify at the Senate's impeachment trial, though some GOP senators have been against the idea of having any witnesses appear. 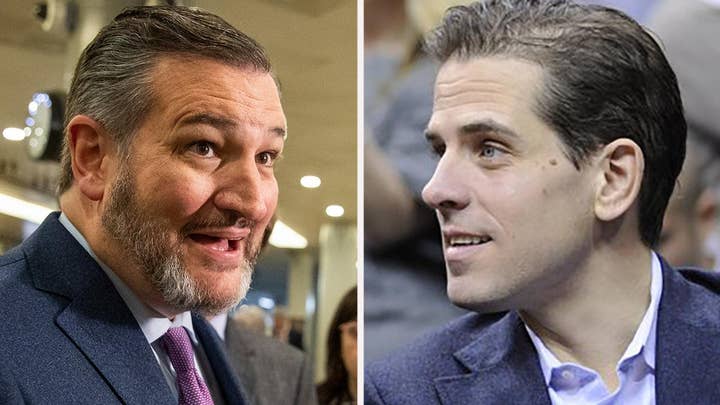 On Thursday afternoon he tweeted that Democrats "don't want a Witness Trade because Shifty Schiff, the Biden's, the fake Whistleblower(& his lawyer), the second Whistleblower (who vanished after I released the Transcripts), the so-called 'informer', & many other Democrat disasters, would be a BIG problem for them!"

"That's becoming relevant because they talked about it almost 50 times -- that the president had no reason to believe that anything improper occurred in the Ukraine with the Bidens and he was just out to create a political advantage," Graham said Thursday. "The question is, will that withstand scrutiny?"

"The point of fact is that nobody -- particularly in your business -- has done much looking at what happened in the Ukraine with Hunter Biden," he told the reporters.

"I don't know. It doesn't pass the smell test to me," Graham continued. "Why are you [Burisma] paying Hunter Biden? You could say they're corrupt, but they're not stupid."

"I love Joe Biden," Graham concluded, "but I can tell you if the name was Trump there would be a lot of questions asked."

Fox News' Maggie Kerkman, Ronn Blitzer, and Gregg Re contributed to this report.