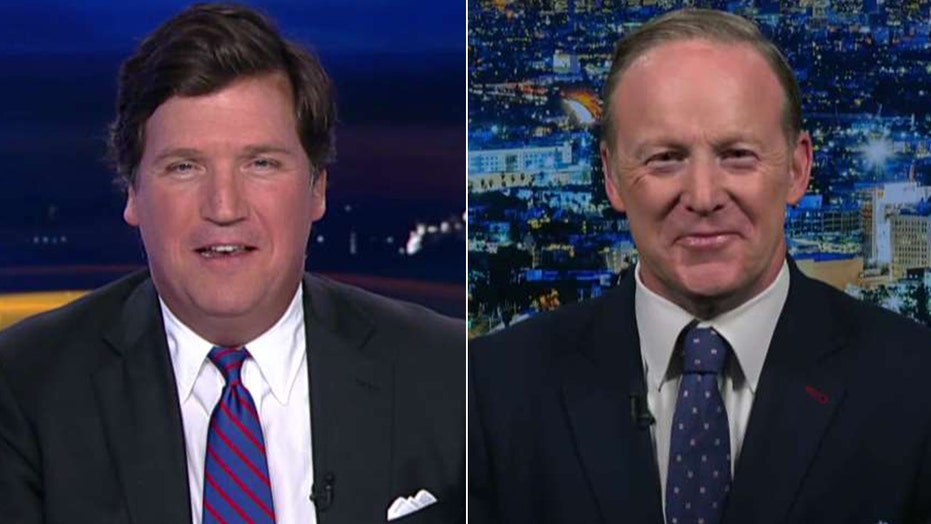 Sean Spicer on his 'Dancing with the Stars' experience

Former White House Press Secretary Sean Spicer opens up about the support he received and his time on the show.

Former White House Press Secretary Sean Spicer reacted Tuesday to being voted off ABC's "Dancing with the Stars," saying it was a once-in-a-lifetime experience and thanking his fans for their support.

Spicer told "Tucker Carlson Tonight" that earning a spot in the quarterfinals before leaving the show was farther than he originally thought he would go in the competition.

"I went into this thinking one, two weeks maybe -- I'm not really good at this. But, I'll have fun, I'll learn something," he said.

"I really really enjoyed this -- It exceeded my expectations."

SEAN SPICER ELIMINATED FROM 'DANCING WITH THE STARS' 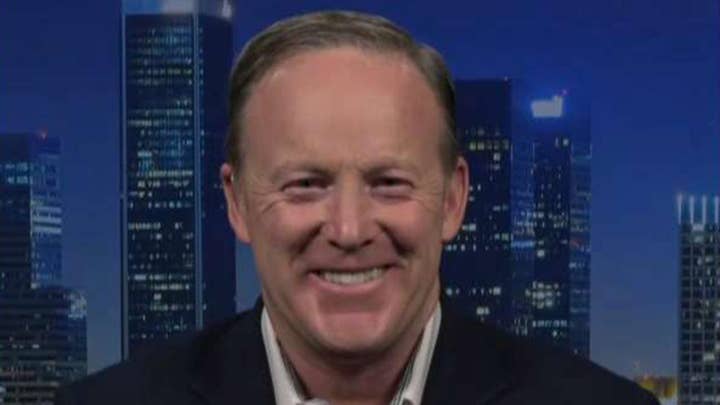 Spicer told host Tucker Carlson he had a long list of people to thank, from the many Americans who voted for him each week, to Fox News host Jesse Watters, to President Trump himself.

"I loved being part of the show. It was a great experience. And I think I'm better for it," he added. "Honestly, I had a blast."

"We can all agree to disagree, as we do now, but ultimately it's [the producers'] call," the former "Hollywood Squares" host continued. "I'll leave it to them to answer any further questions about those decisions."

Spicer said he did not think much about the comments, which did not mention the former Republican official or any other contestant by name.

"It's not the first time that somebody put in some negative comments about me," he said.

Spicer also told Carlson his tenure on "Dancing with the Stars" showed a diverse group of people can come together, and that it is important to "lead by example."

"I thought that was this show does so well is [to] bring these people together, support each other, root for each other, leave all of that rest of that stuff aside."