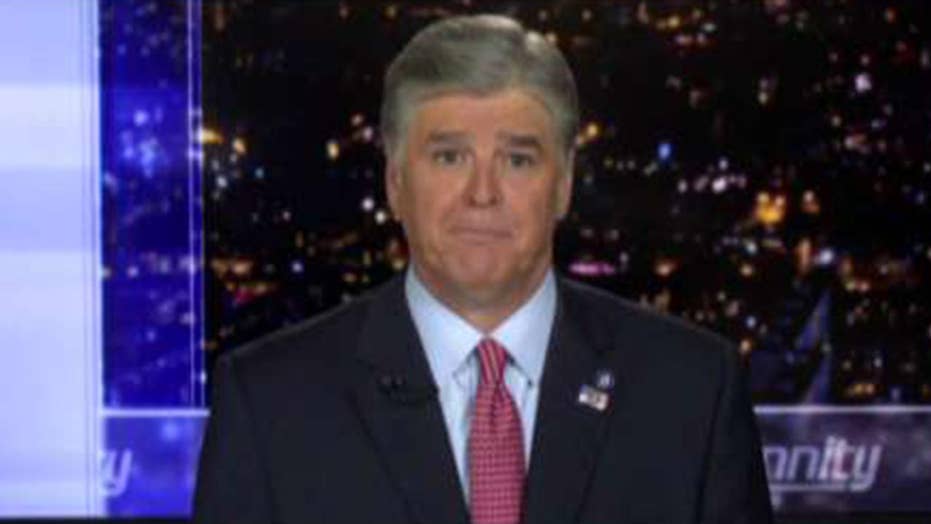 The U.S. is ready to decimate Iran's rogue leaders.

"I have talked to one high ranking source, only one within the Defense Department ... that believes almost if not all of these missiles may have missed their targets," Hannity said. "That wouldn't be an accident."

Iran fired as many as 15 ballistic missiles into Iraq, targeting U.S. military and coalition forces.

Hannity pointed out that while some may want to blame President Trump for Tehran's response to the airstrike that killed Iranian general Qassem Soleimani, Iran has a history of provocation.

"Under the guidance of their top terrorist, Iran has been responsible for the deaths of hundreds of Americans," Hannity added. "But now, evil Soleimani is dead."

The host predicted a swift and strong response to Iran from the U.S., saying that American's have learned how "stupid" their leaders really are.

"There is a massive price to pay. You don't get to do what they did tonight," Hannity warned. "They're going to get hit hard."

"Their hostility will now be met with the full force of the greatest, most advanced, most sophisticated military this world has ever seen," Hannity said.

Frank Miles contributed to this report.