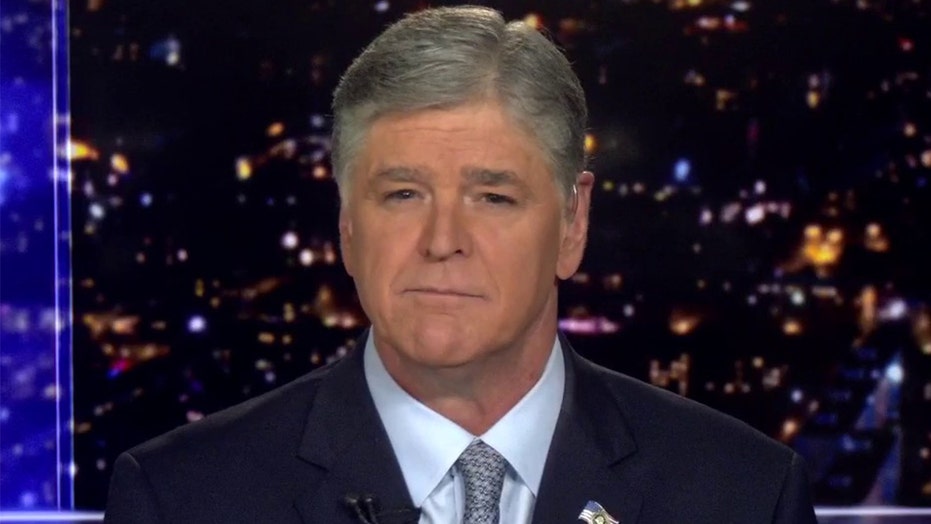 Sean Hannity set his sights on Democratic presidential frontrunner Joe Biden Thursday night, saying he was taking it upon himself to vet the former vice president.

"The mob will circle the wagons around the chosen one. They will act like his gaffes mean nothing. It's not a big deal. They'll ignore it. They may also ignore his record, which is atrocious, and many other things," Hannity said on his television program. "We will cover it all in the show. Anything and everything in their power they will do to protect Joe Biden and shield him from any negative coverage. So it's up to us. That's our job."

TRUMP: SCHUMER 'WOULD BE IN JAIL' IF HE WAS A REPUBLICAN FOR REMARKS TOWARD GORSUCH, KAVANAUGH

Hannity once again raised the issue of Biden's mental health, saying it is a "legitimate question."

"Biden is struggling. If he had a fastball, it's gone. If he had a slow pitch that's gone, too, and his confusing and bumbling speeches, increasing numbers of gaffes and public outbursts are beyond troublesome," Hannity said.

The host also brought up alleged corruption involving Biden, including the controversy over his son Hunter's role with the Ukrainian gas company Burisma, saying: "That doesn't go away because they want it to go away."

Hannity highlighted Biden's speech to the City Club of Cleveland in 1973, calling his many comments "arrogant" and offensive.

"Politics should be the most honorable profession," Biden said at the time. "Those of you who are doctors and lawyers and Indian chiefs in the audience, how can any of you possibly do as much good, if you are very good at what you do, as I can do if I'm very good at what I can do?"

"Why is the radical, extreme socialist Democratic Party lining up behind a very flawed candidate who also praised segregationists?" Hannity said. "Apparently, they now have no choice."