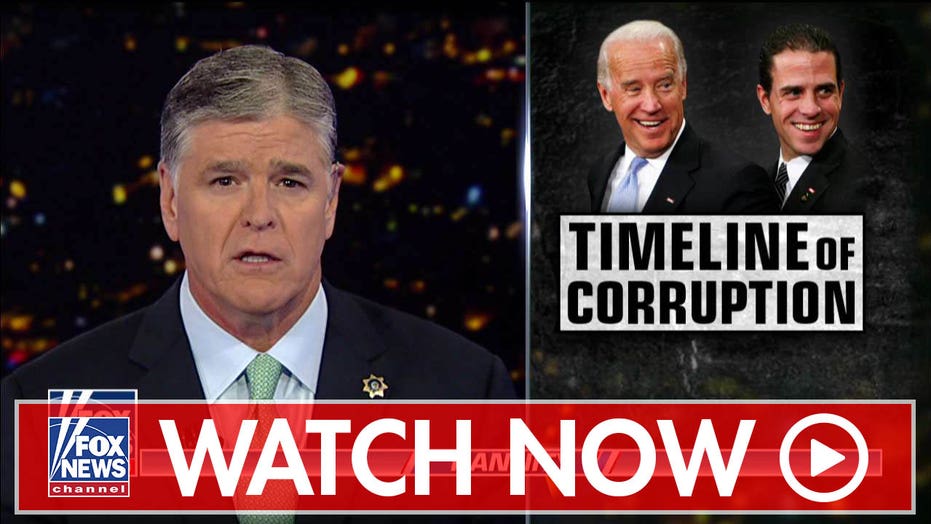 A comprehensive timeline of Joe and Hunter Biden's dealings with Ukraine.

The campaign team of Joe Biden is in "all-out damage control" over reports about the 2020 Democratic candidate's son Hunter's past business activities overseas, according to Sean Hannity.

The Fox News host shared with his "Hannity" audience a timeline of what he said were the Bidens' "shady dealings" in Ukraine, adding that if one of President Trump's sons was linked to the same activities, the media and Democrats would be outraged. Neither Biden has been charged with any wrongdoing.

"Joe Biden's campaign is in all-out damage control tonight," Hannity said. "They have now been exposed in spite of the media mob's lying."

Citing a recent opinion piece from author Peter Schweizer on FoxNews.com, Hannity said Biden and his son flew to China in 2013 on Air Force Two, where the then-vice president had a meeting with Chinese officials. 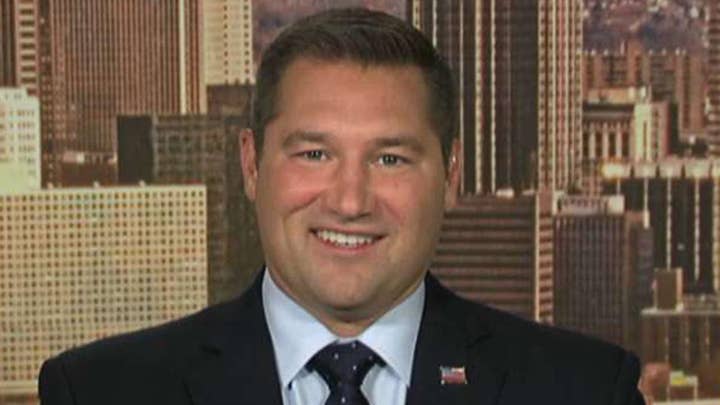 Hannity claimed the younger Biden had "virtually no experience" in China or in private equity.

"Why did they choose Hunter Biden? What area of expertise did he bring to the table that they didn't have?" the host asked, adding the U.S. has firms like Goldman Sachs that might better handle that type of business.

Hannity continued running through his timeline, saying that Biden was made a key Obama administration figure in regard to American-Ukrainian foreign policy.

By 2014, Hunter Biden, held a lucrative position on the board of Ukrainian natural gas giant Burisma Holdings, Hannity said. 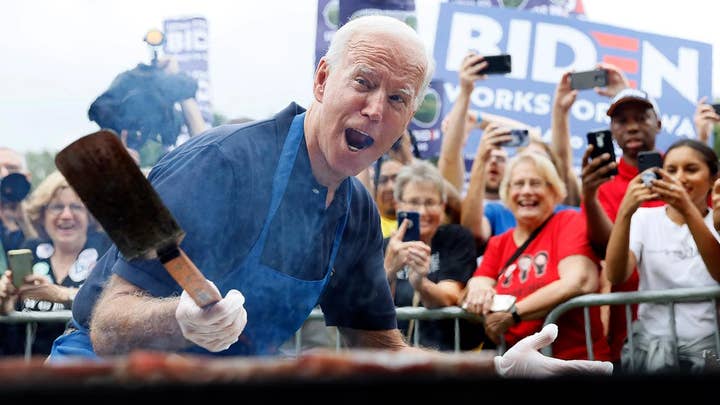 Citing reporting from The Hill contributor John Solomon, Hannity added that by late 2015, Biden learned of investigations by Ukrainian authorities into Burisma and related figures.

Hannity nodded to a video from 2016 in which Joe Biden recalled advising then-Ukrainian President Petro Poroshenko to fire Shokin.

“Well, son of a b----, he got fired," Biden continued, after assuring Poroshenko that Obama knew about the arrangement. "And they put in place someone who was solid at the time.”

On Tuesday's "Hannity," the Fox News host claimed Biden continues to "spin in a million directions trying to convince voters he knew nothing about any of his son's dealings."

He aired a photo of the two Bidens golfing with a partner of Hunter's on the Burisma board, Devon Archer -- that was obtained by "Tucker Carlson Tonight."

"If this were Donald Trump Jr., there would be a ton of evidence," he said.

"Where is the scrutiny of all this? Where is the serious investigative reporting? I've reported on this show journalism in America has died, it's [been] dead since 2007 and probably way before. ... What if the person was Donald Trump Jr., Eric Trump -- heck, Ivanka, Barron Trump. Imagine how much the mob in the media would be obsessed with that story. ... They wouldn't be covering for Don Junior, they'd be fanning the flames."