Sean Duffy: This is the game Democrats, media play against Trump

Fox News contributor and former congressman Sean Duffy said on "Outnumbered" Friday that he believes Democrats and the mainstream media are playing a familiar "game" when it comes to reports about the Mar-a-Lago raid.

SEAN DUFFY: Here's what concerns me, is when you have these unnamed sources talking to The Washington Post saying this is about nuclear documents. You saw this, Kayleigh, you lived this for four years when Donald Trump had unnamed sources saying a bunch of false information about him and in the end, it wasn't true. What the media does and Democrats do, they drive a narrative. ‘Donald Trump took highly classified nuclear secrets, had them at Mar-a-Lago.’ And they don't hear the correction. They don't hear the actual truth as it comes out. And that's the game the Democrats play and the media plays, which frustrates me, which is why I don't give a lot of credence to the story. I want to hear it come out. But Donald Trump was willing to cooperate. You already heard in the reporting they served a subpoena, they went in, they took documents, they looked at documents. Donald Trump gave them to them. He was cooperating by evidence of just this report. Why not just go, hey, Donald, you got a few of these secret documents in regard to nuclear weapons? Hand them over, and I'm sure he would. 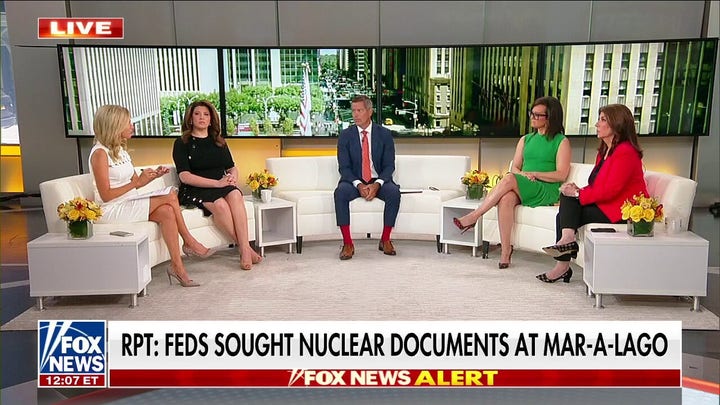