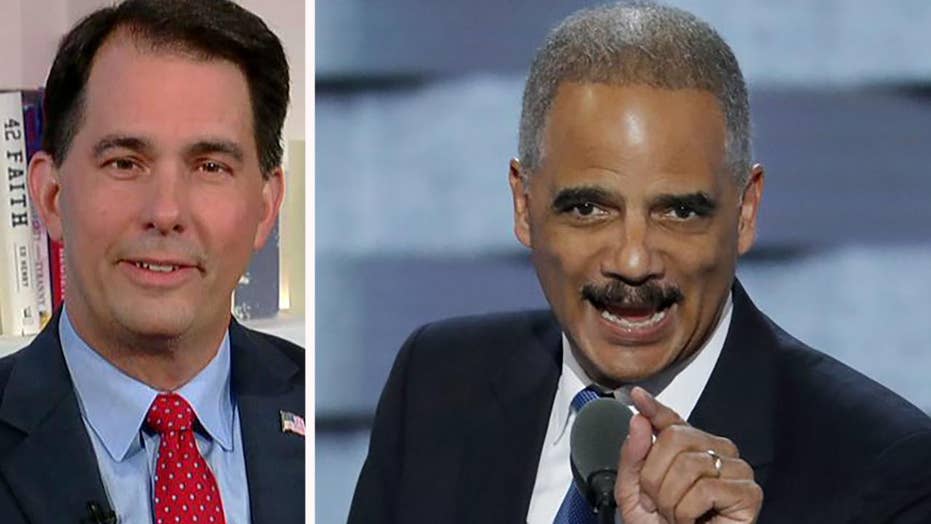 Appearing on "Fox & Friends" with host Pete Hegseth, Walker - who serves as chairman of the Republican National Redistricting Trust - said that Holder's efforts in what the WSJ Editorial Board is calling a "redistricting coup," is part of what helped elect Nancy Pelosi, D-Calif., as House Speaker in 2018.

Holder is part of a National Redistricting Action Fund that's launching initiatives across the country to throw out Republican maps and turn districts bluer in time for the 2020 elections. The initiative has already seen success in North Carolina.

"Eric Holder has been at this for years. They have this whole 'sue until blue' mentality," Walker told Hegseth. "So, even a state like North Carolina where Republicans are in charge of the Assembly and the Senate -- the two Houses there -- they've gone to court and over the years they've gotten involved in Supreme Court races. So now, the liberals -- Eric Holder's team -- now [control] who is on the Supreme Court in North Carolina."

"And after the federal government, the U.S. Supreme Court said they weren't going to get involved in this," he added. "It's now in every one of the states."

However, Holder argues he's just fighting fair. In a statement in late September on maps in North Carolina, Holder wrote: "For nearly a decade, the people of North Carolina have been forced to vote on manipulated electoral maps that were drawn by Republicans in the legislature to create a partisan outcome...It's time for this era of gerrymandering in North Carolina to come to an end."

Young demonstrators gather at the Supreme Court as the justices finish the term with key decisions on gerrymandering and a census case involving an attempt by the Trump administration to ask everyone about their citizenship status in the 2020 census, on Capitol Hill in Washington, Thursday, June 27, 2019. (AP Photo/J. Scott Applewhite)

"The irony is if you look at the forming files of the IRS, they actually say not that they're fighting for fair maps, they talk about giving Democrats an advantage in this," said Walker. "His efforts last year in 2018, even before the next census in 2020, already had an impact on 27 different House seats."

"So, in large part because of what Eric Holder and his cronies -- and he's got a lot of support with Barack Obama ... they effectively [made] Nancy Pelosi, not Kevin McCarthy, the Speaker," Walker claimed.

Walker said that Republican groups are pushing back against Holder and his support in states like North Carolina, Michigan, and Ohio. The goal is trying to make sure Republicans are not behind in the race at the start. 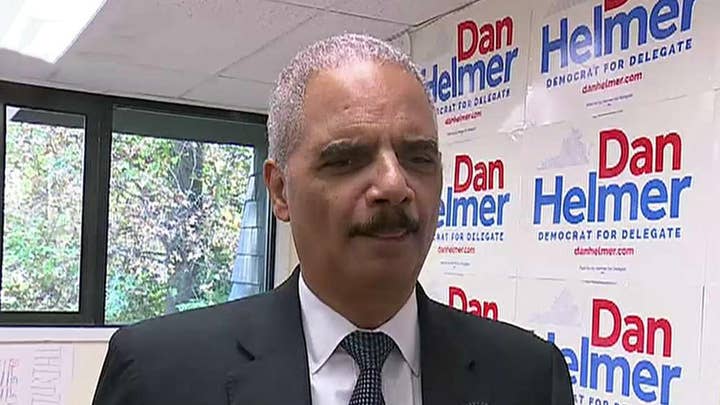 Fox News' Gregg Re, Ronn Blitzer, Bill Mears, and The Associated Press contributed to this report.