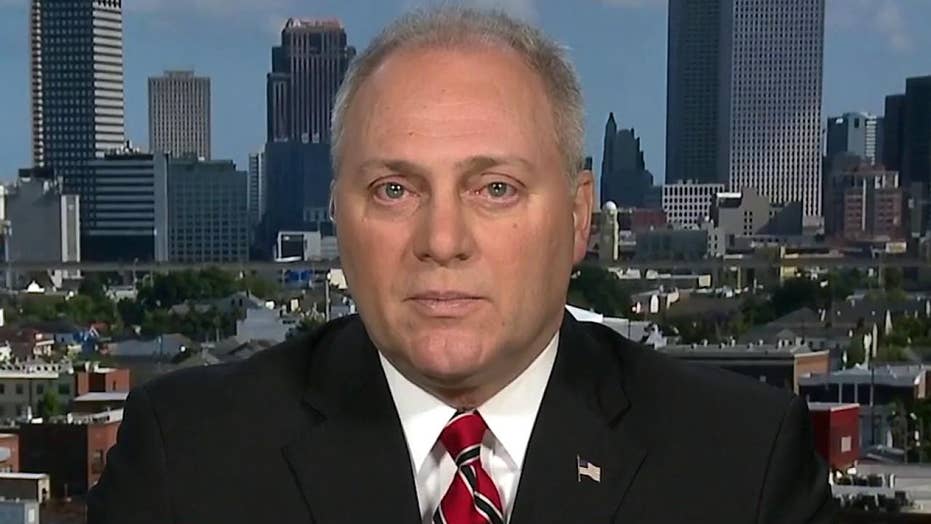 It's not the Senate's job to clean up the mess the House made of the impeachment inquiry, says House Minority Whip Steve Scalise.

Scalise reacted to Senate Minority Leader Chuck Schumer’s news conference on Wednesday, where he said that Trump’s impeachment trial would begin under a “cloud of unfairness,” after the GOP-led Senate rejected all 11 of his amendments to allow for witnesses and documents in a marathon late-night session.

“It was a dark day, and a dark night for the Senate,” Schumer, D-N.Y., said of the opening day of trial speeches that concluded before 2 a.m. “As a consequence, the impeachment trial of President Trump begins with a cloud hanging over it – a cloud of unfairness.”

Scalise countered that Schumer was silent when House Democrats conducted "the most unfair impeachment trial in the history of our country," where Pelosi "rammed" through the articles before Christmas.

“They literally broke House rules that require that the minority get a day of hearings so we could have actually brought the witnesses that we asked for and were denied by Speaker Pelosi and [Lead House Impeachment Manager] Adam Schiff. So they did not run a fair trial,” he continued. 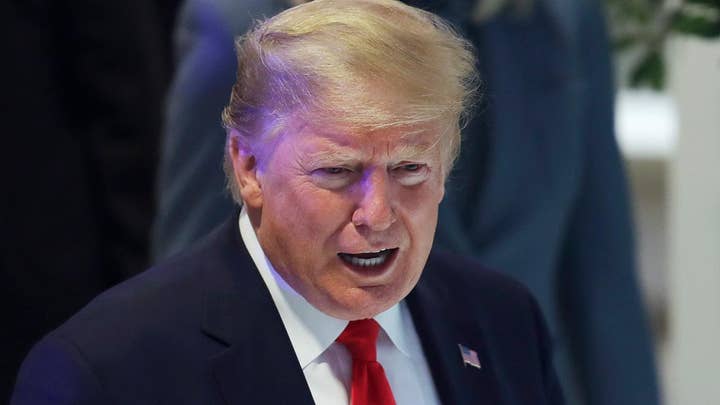 Scalise went on to say that “the fact that they [Democrats] need to do something differently in the Senate” is an acknowledgment by Schumer “that the House did not have a fair trial.”

Rep. Jerry Nadler, D-N.Y., one of the House impeachment managers, dismissed on Sunday any notion that Democrats would be willing to negotiate on witnesses called during the Senate trial – adding that Republicans who want to block or negotiate what witnesses testify are “part of the cover-up.” 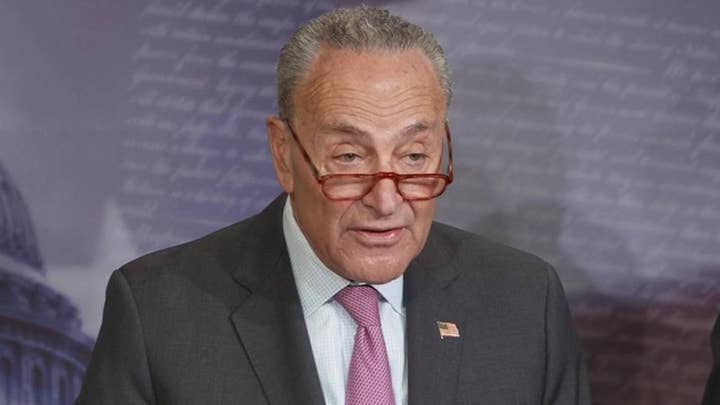 Nadler balked at the idea of Democrats agreeing to have former Vice President Joe Biden’s son Hunter testify in exchange for the witnesses Democrats want to hear from, including former National Security Adviser John Bolton, who is willing to testify.

However, speaking from Switzerland on Wednesday, Trump said Bolton‘s testimony could pose a national security risk and cited executive privilege.

“In the House we tried to do that. We asked for that,” Scalise said on the topic of witnesses. “The Democrats got to bring all of their witnesses. They did tryouts, in fact. Schiff, behind closed doors, you saw it for months, he had these secret meetings where they literally had tryouts to see who would be their best star witnesses to bring out on TV.”

“Every one of them, by the way, flopped,” he continued. “Every one of their star witnesses was asked under oath in the House, ‘Can you name an impeachable offense?’ Not one of them could name anything and yet that’s the case they had.”