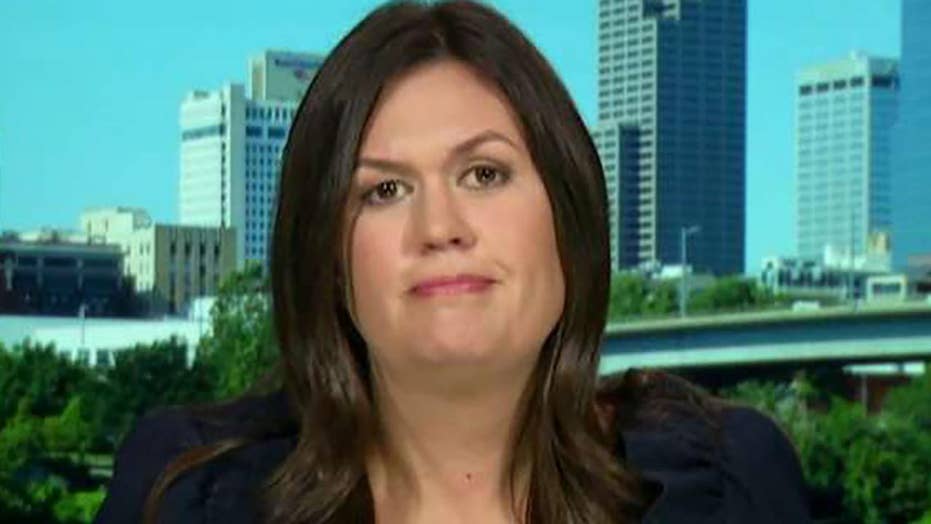 President Trump's heavily-criticized decision to pull U.S. troops from their positions at the Syrian border was the 'right thing" to do ahead of Turkey's invasion, former White House Press Secretary Sarah Sanders said Thursday.

Appearing on "America's Newsroom" with host Sandra Smith, Sanders, now a Fox News contributor, said that this is a very difficult situation for the president.

"You have Turkey, who is a NATO ally. You have the Kurds, who have been an ally in the fight against ISIS. Unfortunately, those two allies hate each other and the president wants to be careful that we don't get stuck in the middle of another endless war," said Sanders.

"This is a sad tragedy of the Middle East. It's a never-ending tale of the conflict that exists there," she told Smith. 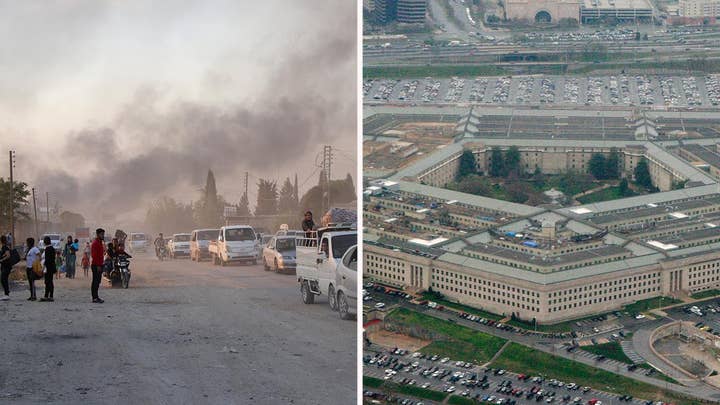 The Turkish leader is also warning the European Union Thursday not to call Ankara's incursion into Syria an "invasion," and renewed his threat of "opening the gates" and letting Syrian refugees flood into Europe.

In a statement released by the White House, the president said, "The United States does not endorse this attack and has made it clear to Turkey that this operation is a bad idea. Turkey has committed to protecting civilians, protecting religious minorities, including Christians, and ensuring no humanitarian crisis takes place—and we will hold them to this commitment." 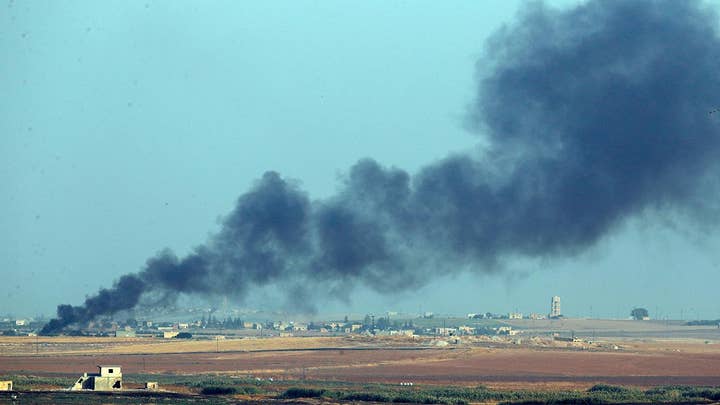 He also later told reporters that he would employ "far more than sanctions" against Turkey if the country fails to act in the most "humane way" possible and that he hoped Erdogan would act rationally.

Sanders said all the countries should collectively come together and focus on ISIS.

"That's what the president has tried to do and I think you'll continue to see him do that. That's why he supports the sanctions," Sanders said. "There's no good answer here ... but I think that the president is looking at this through the lens of the commander-in-chief and the person responsible for having to call mothers and fathers who have lost their children in this terrible fight."