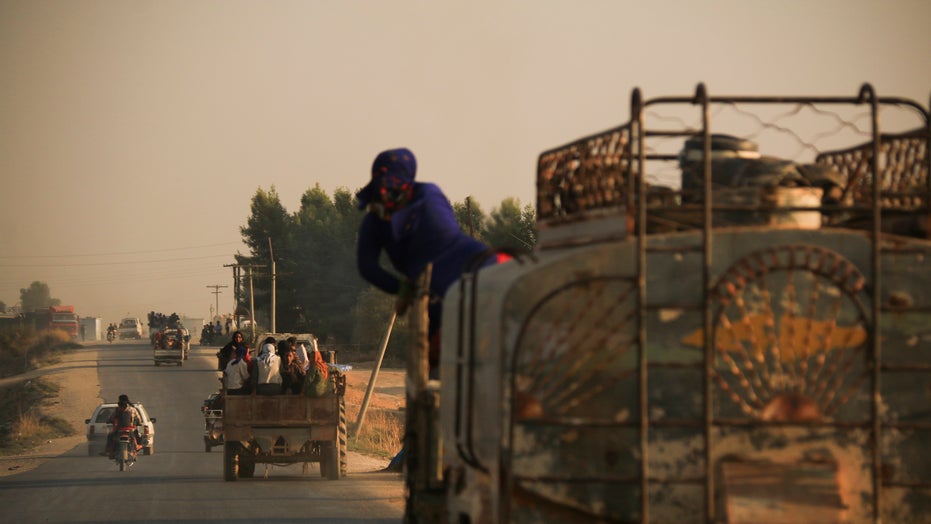 A senior U.S. defense official told Fox News on Wednesday that two British militants believed to be part of an Islamic State group that beheaded hostages have been moved out of a detention center in Syria and taken into American custody.

The two are currently being held in a third country under terms of the “law of war.”

El Shafee Elsheikh and Alexanda Amon Kotey were from a group nicknamed “The Beatles” for their British accents, and for holding more than 20 Western hostages in 2014 and 2015, torturing many of them. The group beheaded seven American, British and Japanese journalists and aid workers, as well as a group of Syrian soldiers, touting the slaughtering to the rest of the world with video evidence.

President Trump said earlier Wednesday that the U.S. had moved some of the "most dangerous" Islamic State prisoners from Syria amid fears that they may escape as Turkey invades Syria’s northeast region. So far these are the only two ISIS-connected individuals removed from Syria by the U.S. in case security breaks down as a result of the Turkish action, but officials said a number of others could be moved if needed. Thousands of other Islamic State group detainees remain in custody under control of the Kurds.

President Trump announced a withdrawal of forces from northeast Syria on Sunday, just one day after Turkish President Recep Tayyip Erdogan announced he would launch a military operation in northeast Syria, a region from which his nation seeks to root out U.S.-backed Kurdish Syrian Democratic Forces (SDF). Turkey views the People’s Protection Unit, or YPG, as a terrorist group, however the YPG are linked with the SDF and form the core of U.S.-backed Syrian forces that have helped push back against ISIS.

Erdogan announced Wednesday that his military operation against Kurdish fighters had begun.

The two British men moved Wednesday were captured in January by Kurdish forces amid the collapse of ISIS. Among the Americans “The Beatles” are said to have beheaded were James Foley, the first American citizen killed by ISIS, Steven Sotloff and Peter Kassig. The videos of their beheadings horrified the world as ISIS took over much of Iraq and Syria in 2014.

So far about 30 to 50 U.S. troops have been moved out of the way from two outposts in the border region, but there are a number of U.S. forces just outside the so-called safe zone.

There are about 2,500 Islamic State foreign fighters currently detained in Syria, and another 10,000 fighters from Syria and Iraq. Trump and other U.S. officials have called on European and other Middle Eastern countries to take back detainees from their countries, such as the two British men, but international leaders have been hesitant to do so.

The Associated Press and Fox News' Jennifer Griffin contributed to this report.