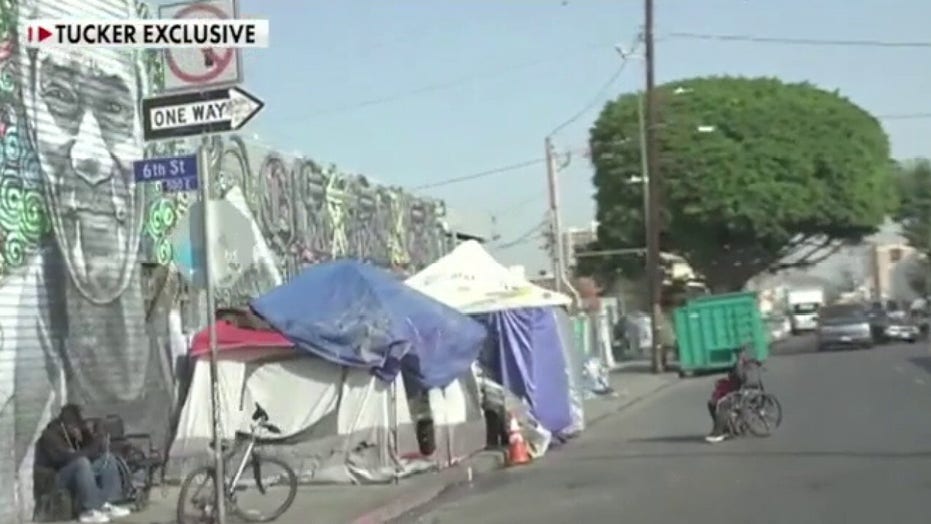 San Francisco officials are providing drugs to those who are suffering from addiction; insight from Joe Alioto, former San Francisco city supervisor and D.A. candidate.

A former San Francisco city supervisor responded Friday to reports that alcohol and other addictive substances are being provided to homeless people who are being kept in California hotels in an effort to stem the spread of the coronavirus pandemic.

Joe Alioto told "Tucker Carlson Tonight" that it is wrong for the government to "feed the addiction" of a "vulnerable population," but added that officials aren't using taxpayer dollars to do so.

"[That] begs the question -- where is this money coming from?" Alioto asked. "If the reason we are not using taxpayer dollars is because it would otherwise not be legal to do? We know that's true on the federal level anyway," Alioto said.

"The idea that the government can poison a few people for the good of the many is immoral. This has been debated over years, it’s unconstitutional [and] very un-American for that matter."

Host Tucker Carlson also questioned whether the practice would be legal if the government were using taxpayer dollars.

"I can’t think of a clearer signal to taxpayers, citizens, people trying to do the right things, that we just hate you and are spending all of our time on people who aren’t contributing," Carlson remarked. "I mean, honestly. Why would they be giving the homeless free stuff?"

Alioto agreed, adding that if the homeless and impoverished population were to receive any help, it should be in the form of food.

"We should be feeding their stomachs, not their addictions," he said. "I guess they feel as though the rest of us can fend for ourselves, I think the real concern here by the Department of Health is, to give them a little bit of credit, they don’t want to spread the COVID disease... [But] some of these homeless people who are being housed in the hotels specific to this program -- that are getting methadone, marijuana, alcohol, some of them are not even COVID positive, but what they are trying to do is force them into self-isolation by feeding these addictions."

Carlson then claimed authorities in Los Angeles are threatening to "commandeer" hotels whose management is opposed to letting the homeless be housed there.

"I am for helping the homeless," the host said. "So many need actual help ... But all the concern seems to be for the homeless, but what about people who are trying really hard to do well for their kids and make society better? They are totally ignored. Why?"

According to the San Francisco Chronicle, the city's health department said that in some situations, "limited quantities" of booze, marijuana, methadone and tobacco are being distributed through "private funding" to those being helped by the program.

"Managed alcohol and tobacco use makes it possible to increase the number of guests who stay in isolation and quarantine and, notably, protects the health of people who might otherwise need hospital care for life-threatening alcohol withdrawal," the city Department of Health said in a statement obtained by the paper.

The Chronicle also reported that more than 700 homeless have been given housing, with priority being given to the elderly and those with health issues.