Giuliani admits to forcing out Yovanovitch

Rudy Giuliani, President Trump’s person attorney, reveals why he was in Ukraine on ‘The Ingraham Angle.’

Rudy Giuliani, a personal attorney for President Trump, said Monday that he played a key role in forcing ex-U.S. Ambassador to Ukraine Marie Yovanovitch from her post earlier this year, and claimed that he has evidence the Trump impeachment inquiry is a "cover-up" of Democratic malfeasance.

Giuliani, one of Trump's most loyal defenders, told Laura Ingraham on "The Ingraham Angle" that he helped forced out Yovanovitch because she was corrupt and obstructing the investigation into Ukraine and the Bidens.

Giuliani raised eyebrows recently after an interview was published in the New Yorker where he was quoted saying that he needed her "out of the way" because she would make the investigation into the Bidens "difficult for everybody."

He told Ingraham that he needed her out of the way because she was corrupt. Giuliani said he was not the first person to go to the president with concerns about the diplomat.

In more tweets Tuesday, Giuliani elaborated: "Yovanovitch needed to be removed for many reasons most critical she was denying visas to Ukrainians who wanted to come to US and explain Dem corruption in Ukraine. She was OBSTRUCTING JUSTICE and that’s not the only thing she was doing. She at minimum enabled Ukrainian collusion."

Last month during the House impeachment inquiry hearings, Yovanovitch, 60, delivered a dramatic personal account of her ouster as America’s Ukraine ambassador amid a campaign against her by Trump associates, testifying that she was “kneecapped” by the administration.

She relayed in detail her story of being suddenly recalled by Trump in May, saying she believes Giuliani played a key role in telling people she was not sufficiently supportive of the president.

Trump's tweets in realtime criticizing her were shown during her testimony in front of Congress and she called them "very intimidating."

Some Republicans did not like Trump's criticism. Yovanovitch is “clearly is somebody who’s been a public servant to the United States for decades and I don’t think the president should have done that,” said Rep. Liz Cheney, R-Wyo., at the time. 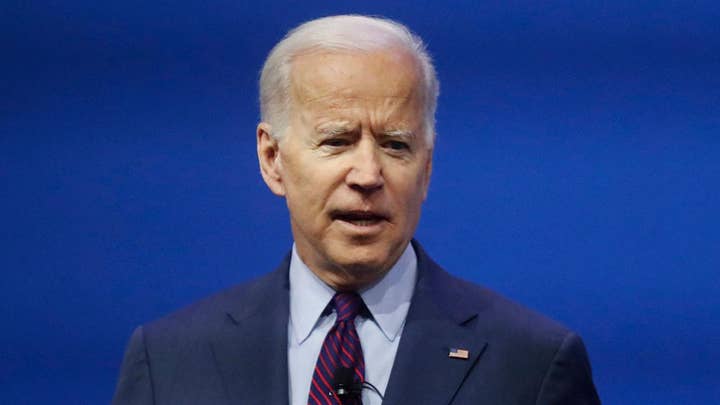 Still, Giuliani said others voiced their concerns about the diplomat, including [former Texas Republican U.S. Congressman] Pete Sessions, as well as a number of lawmakers.

The law firm representing Yovanovitch did not immediately respond to an after-hours email from Fox News for comment. Yovanovitch and others have described Giuliani as leading what one called an "irregular channel" outside the diplomatic mainstream of U.S.-Ukraine relations. Ingraham asked the former mayor why Trump didn't go to Secretary of State Mike Pompeo about concerns with Yovanovitch.

"I have that testimony under oath. I gave it to the State Department. They never investigated a single witness. When they say that she is innocent, it is innocent-without-investigation," he added.

Regarding the Bidens, Giuliani has claimed that former Vice President Joe Biden and his son Hunter should be investigated -- relating to the younger Biden's position on the board of a Ukrainian energy firm while his father was serving in the Obama administration.

Giuliani further told Ingraham that Trump was simply asking new Ukrainian President Volodymyr Zelensky -- in a July phone call -- to investigate crimes at the "highest levels" of both Kiev and Washington.

"So, he is being impeached for doing the right thing as president of the United States," he said.