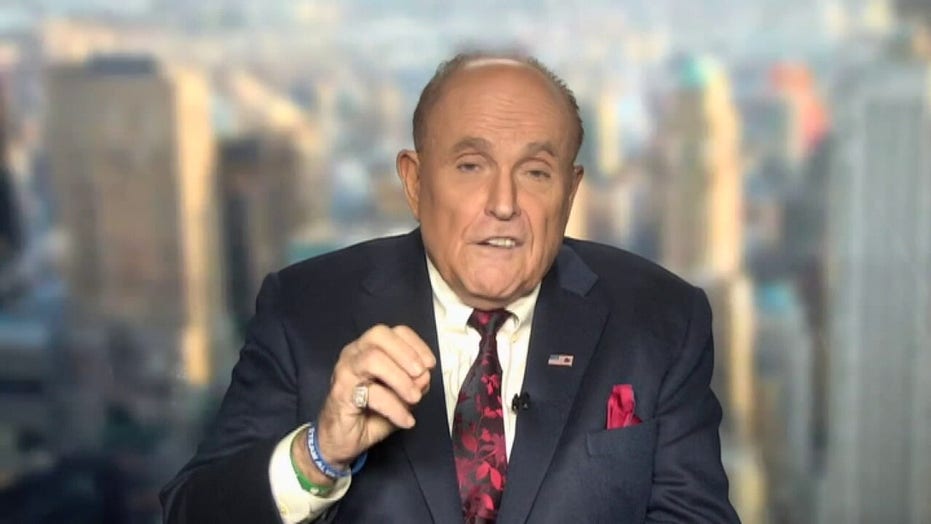 While appearing on "Watters' World" Saturday, former New York City Mayor Rudy Giuliani ripped liberal leadership for situations like in Seattle -- where protesters have taken over six blocks -- and the destruction in many major cities following the death of George Floyd.

"The pandemic was mishandled in some of these blue states. The riots were mishandled now," host Jesse Watters told Giuliani. "And you're really seeing how liberal governance plays out if you just let people run wild."

Giuliani told Watters his comments were not "all an exaggeration" before criticizing progressive leaders for how they handled the events that unfolded following Floyd's death.

"If you study the states that had the worst riots, the most destruction, the least effective law enforcement, and the most people killed and injured, everything comes back to one thing: they're governed by Democrats who'd like to think they're progressives," Giuliani said.

"I think that they're regressives because they're using old methods that have failed. Or you're seeing this even further way-out socialist group that actually wants to appear to secede from some parts of the country."

The former mayor was also reacting to Seattle, where Mayor Jenny Durkan and Police Chief Carmen Best are at odds over the city's handling of the self-declared autonomous zone set up by protesters spanning several blocks surrounding a police precinct.

Demonstraters inside the perimeter of the "Capitol Hill Autonomous Zone," or "CHAZ," have battened down for almost a week decrying police brutality after the death of Floyd in Minneapolis, and they are demanding the city abolish the Seattle Police Department.

Giuliani called on voters to send a message to Democrats during the 2020 election so that the party can reform.

"This is very, very dangerous. It can't be allowed. The American people have to really note this as we come up to this election," Giuliani said. "For the good of this country, this is the time that Democrats should take a bad, bad, beating so they go back and reform their party and get it back to a party where we have agreement at least on fundamental principles."