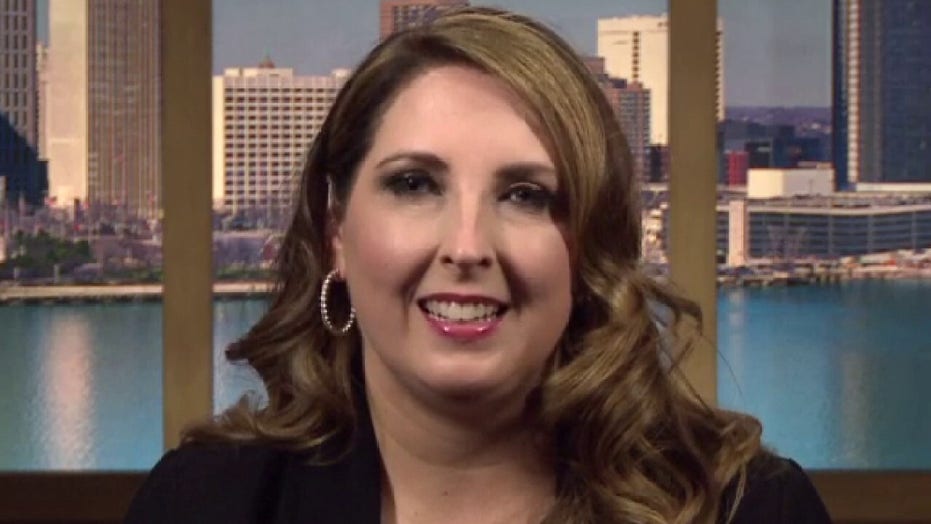 “At some point, Joe Biden is going to have to campaign,” McDaniel told “Outnumbered Overtime." "... This hide and seek strategy for Joe Biden -- I don’t think it’s going to work.”

“He is going to have to debate Donald Trump and you are seeing his handlers trying to limit his exposure right now, putting him in seven-minute speeches, strictly confined to the teleprompter. But when he goes up against President Trump, it is going to be head to head and they’re going to get their first glimpse at Joe Biden against their president."

Sen. Bernie Sanders, I-Vt., vowed to continue his campaign Wednesday after a drubbing in the latest round of primaries, touting the appeal of his progressive message and suggesting Biden has not attracted a sufficient following among young voters.

Biden recorded victories in Michigan, Missouri, Mississippi and Idaho and was running neck-and-neck with Sanders in Washington state.

McDaniel said that it would be good to see Sanders and Biden face off on the debate stage Sunday in Arizona. The RNC chair also noted that when voters were able to see the former vice president up close in places like Iowa and New Hampshire, he was soundly rejected.

On Tuesday, former Green Party presidential nominee Dr. Jill Stein criticized Biden's campaign for failing to address the candidate's apparent mental decline and blamed the media for doing everything it can to bury the issue.