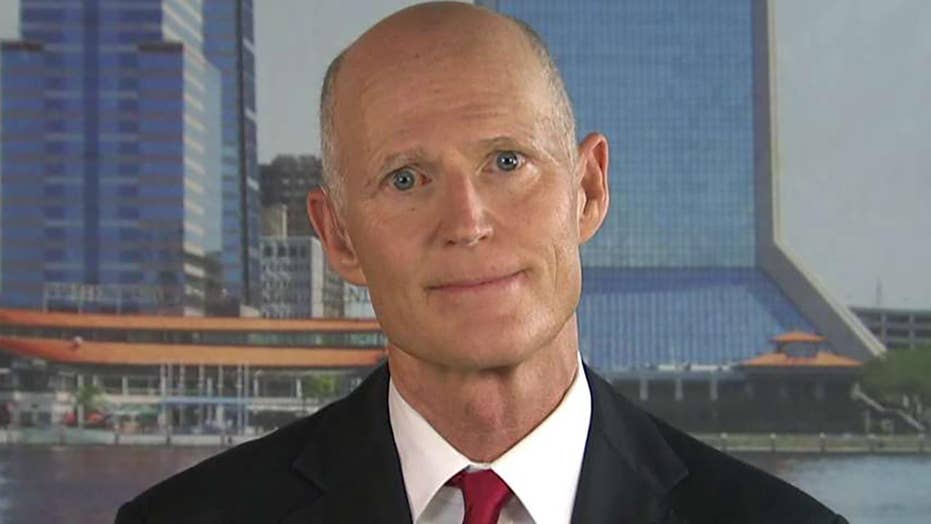 Florida Sen. Rick Scott, who was governor during the Parkland shooting tragedy, says Democrats are more interested in taking away guns instead of solving problems with common-sense solutions.

Florida Sen. Rick Scott, who served as governor during the Parkland high school shooting, said on Monday that Democrats are more interested in taking away guns instead of solving problems with treating mental health conditions.

Scott went on to say, “But what we did in Florida was after Parkland happened, I sat down within days, within four to five days, I got law enforcement together, mental health counselors together, and I got educators together and within three weeks, we passed logical, common-sense legislation to make our schools and communities safer.”

Scott explained that during his tenure as governor, he passed “logical, common-sense” legislation“ that was similar to the “red flag laws” McConnell suggested.

“In almost all these shootings, we know that, just like the Parkland shooting, if you talk to the kids at Parkland, they said ‘Yeah, we knew who was going to do it,” he said.

Scott said he prefers to focus on mental health issues to identify the "people that are clearly threatening themselves or others" before they harm someone.

“Let’s focus on them. ... Let’s figure out some common sense. The red flag laws. More law enforcement security at our schools and things like that.”