Tapper was the first anchor on CNN to address the statement released by the president-elect's son revealing his "tax affairs" were being investigated by the Delaware U.S. Attorney’s Office.

Tapper shared a CNN report about the investigation on Twitter, which caught Grenell's attention.

"This story broke in October. You didn’t do it then," said Grenell, who then asked Tapper point-blank: "Were you instructed to ignore it until after the election?"

"Obviously, we're not going with the New York Post story right now on Hunter Biden," Chalian is heard saying during a conference call on Oct. 14, the same day the Post published its first Hunter Biden story.

"The Trump media, you know, moves immediately from -- OK, well, never mind -- the [Michael Flynn] unmasking was, you know, found to be completely nonsensical to the latest alleged scandal and expects everybody to just follow suit," Zucker told his staff on Oct. 16. "So, I don't think that we should be repeating unsubstantiated smears just because the right-wing media suggests that we should."

Chalian and Zucker's messages appeared to have later resonated with Tapper, who said Oct. 22 that the allegations against Biden's son were "too disgusting" to repeat on air and that the "right wing is going crazy."

However, since the election, Tapper has struck a vastly different tone when it comes to Hunter Biden's potential business conflicts. Last week, the CNN anchor even asked Joe Biden about it during an interview.

"When your son came under scrutiny during the campaign, you vowed 'No one in my family or associated with me will be involved in any foreign operations whatsoever. Period. End of story,'" Tapper began. "Will your brothers, will your son take leave from any business interests, not just foreign but any business interests, that might create any even an appearance of impropriety?"

"My son, my family will not be involved in any business, any enterprise that is in conflict with or appears to be in conflict with an appropriate distance from the presidency and government," Biden responded.

Tapper quickly moved on to another topic without any follow-up questions. 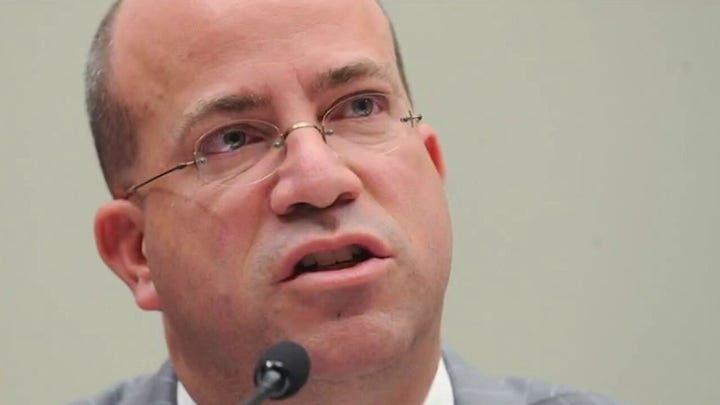 On Twitter, however, Tapper scolded the Biden transition team over Wednesday's press release, apparently spoiling CNN's own reporting about the younger Biden's legal troubles in the process.

"CNN’s @evanperez was working on the story about the US [sic] Attorney investigation and reached out to Hunter’s legal team for comment Monday. They spoke on Tuesday and said they would get back to him today. They didn’t. Instead the transition team issued a press release," Tapper tweeted.

He later wrote, "Note to Biden transition team: if your strategy to deal with bad news is to falsely promise a comment to journalists operating in good faith then issue a press release, you will end up getting called late in the process."

This isn't the first time the former acting DNI clashed with the liberal journalist. Tapper was previously called out by Grenell in September after the CNN anchor allegedly lied to him while denying accusations that he had urged GOP candidate Sean Parnell not to challenge Rep. Conor Lamb, D-Pa., back in 2019.

"Is it true you asked Sean Parnell to not run against Conor Lamb?" Grenell asked in a direct message exchange that he publicized.

Fox News obtained a screenshot of a Twitter direct message Tapper had sent to Parnell in Nov. 2019 indicating otherwise.