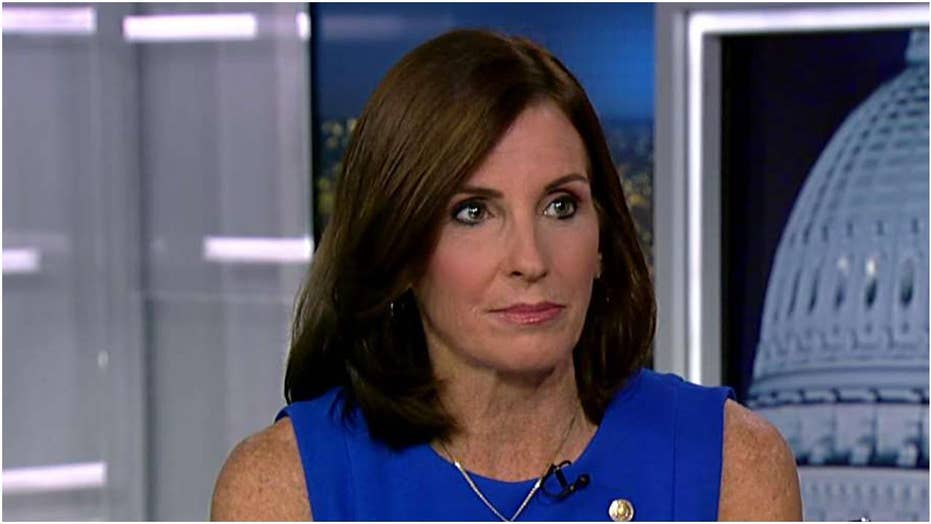 Sen. Martha McSally says US should use all elements of national power to deescalate and deter Iran

A slew of media figures came to the defense of CNN reporter Manu Raju and criticized Sen. Martha McSally, R-Ariz., after she called Raju a "liberal hack" on Thursday.

"Manu, you're a liberal hack. I'm not going to talk to you," the senator said, before entering a room off the hallway.

It's unclear what prompted McSally's insult but it hit on a familiar sentiment among President Trump and other Republicans. McSally's office did not respond to multiple requests for comment.

"And here is McSally’s reward,’for those wondering why she did it," Haberman tweeted. She included a Trump campaign tweet hailing McSally's insult and telling followers to donate to her reelection campaign.

MCSALLY FUNDRAISES OFF OF 'LIBERAL HACK' REMARK TO CNN REPORTER

When Raju tweeted about the incident, he mentioned that McSally faced a tough opponent in 2020. McSally lost her Senate bid in 2018 but was later appointed to serve out the term of the late Sen. John McCain in 2018.

Tapper tweeted that he asked a McCain family member about McSally. "The response was 'There’s no love lost between our family and her.'"

According to The Washington Post, a CNN spokesperson said it was “extremely unbecoming for a U.S. Senator to sink to this level and treat a member of the press this way for simply doing his job.”

Fox News contributor Mollie Hemingway pushed back on Tapper's defense, indicating that Raju deserved the criticism based on his participation in a report on Donald Trump Jr. during the Russia investigation.

"Manu Raju was the lead reporter on this debacle and CNN never answered these reasonable and topical questions, politely asked, about how it was published," she said.

Many, however, defended Raju's reputation as a fair reporter.

"I've never see a senator treat a reporter like this," MSNBC host Lawrence O'Donnell tweeted. "Manu Raju is one of the best Congressional reporters I've ever seen, including my years working in the Senate. I've never detected a hint of liberalism or partisanship from @mkraju," he added, using Raju's Twitter handle.

Axios' Jonathan Swan similarly praised Raju, calling him "one of the better and harder working reporters on Capitol Hill."

Late Thursday, McSally's senate campaign tweeted: "I’m in the Senate to fight for all Arizonans, not play politics and games with the liberal hacks of the left-wing media!" The tweet directed users to the "Liberalhack.com." URL to buy campaign merchandise.