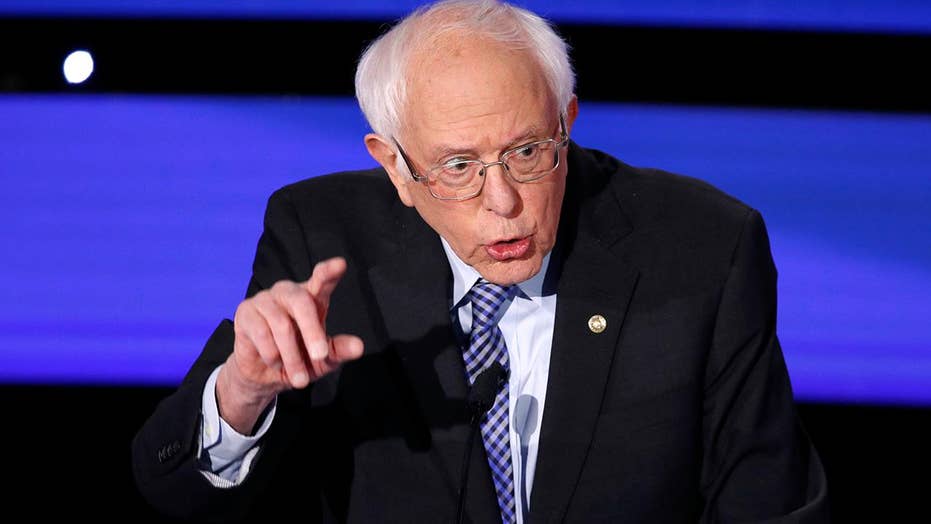 CNN raised eyebrows Wednesday when it said it had "obtained" audio of a post-debate exchange between presidential hopefuls Sen. Elizabeth Warren, D-Mass., and Sen. Bernie Sanders, I-Vt., almost 24 hours after the confrontation happened on its own debate stage.

The liberal network released the recording almost a full day after it was recorded, after House Speaker Nancy Pelosi’s impeachment ceremony had concluded, and just before rival network MSNBC was set to air a highly anticipated interview between Rachel Maddow and former Rudy Giuliani associate, Lev Parnas.

CNN anchor Anderson Cooper promoted the footage by declaring, “Tonight, CNN is the first to obtain the audio,” and promised to eventually air it for viewers but not until the network brought on senior Washington correspondent Jeff Zeleny to hype up the “extraordinary moment” between Warren and Sanders.

CNN then aired the now-famous audio of Sanders and Warren calling each other liars over a colorful "breaking news" banner. While the confrontation was certainly newsworthy, critics panned the way it was handled by the network.

“More than a few people who work in the cable news industry found it curious that Anderson Cooper characterized the audio, which was broadcast on CNN in primetime Wednesday night, as being 'obtained’ as if it were the Zapruder film. It was in-house audio so ‘obtained’ is a curious term there,” The Hill media reporter Joe Concha told Fox News.

Cooper also billed his network’s own audio as “a CNN exclusive” and asked Zeleny to explain “how we got this audio now” to viewers.

“My colleagues here at CNN spent the day looking through backup audio. It was not recorded from the primary audio system. It was a backup, separate system, and they found it late today. We listened to it, we matched it with the video, so that’s how we’re able to reveal this moment,” Zeleny said.

Reporter Andrew Perez scolded the network in a series of tweets.

“Are we supposed to believe it took CNN nearly 24 hours to discover it had this audio? I mean they milked the first part of this story for all it's worth,” Perez wrote. “Gotta hand it to them - this is some of the greatest media gatekeeping in my lifetime.”

Plenty of other critics also took to Twitter to pan the situation: