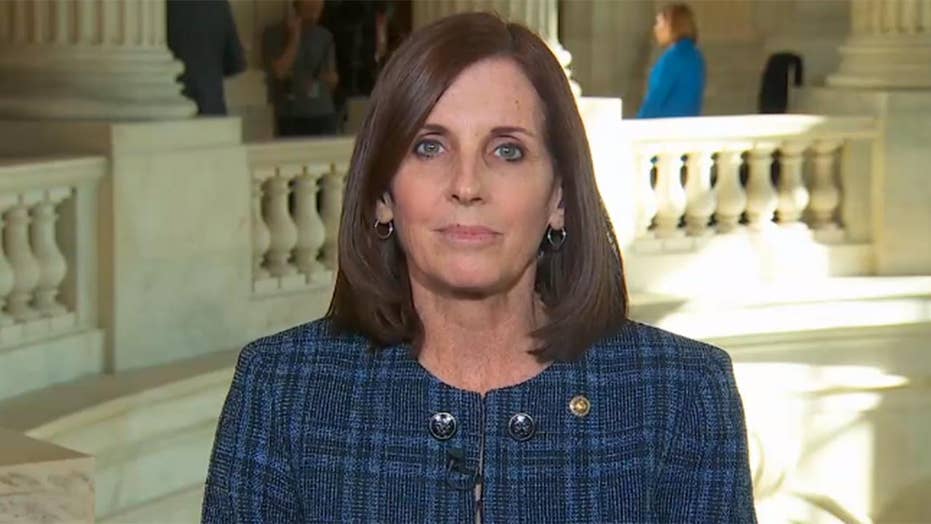 Sen. McSally: We should be unified as a country against the death of this terrorist leader

Sen. Martha McSally, R-Ariz., is attempting to raise money off of a testy interaction on Thursday when she refused to answer a CNN reporter's question, dubbing him a "liberal hack."

The feisty senator sent out an email appeal while the Trump campaign directed followers to her donation page.

"THREE CHEERS for Senator @MarthaMcSally!!!" Trump's campaign tweeted. "THIS is how you handle FAKE NEWS @CNN."

It's unclear what prompted McSally's insult but it hit on a familiar sentiment among President Trump and other Republicans.

While on Capitol Hill, CNN's Manu Raju attempted to ask McSally whether the Senate should consider new evidence as part of the upcoming impeachment trial.

"Manu, you're a liberal hack. I'm not going to talk to you," she said, before entering a room off the hallway.

According to The Washington Post, CNN said it was “extremely unbecoming for a U.S. Senator to sink to this level and treat a member of the press this way for simply doing his job.”

McSally and Raju's exchange came as the Senate prepared to hold a trial over House Democrats' articles of impeachment. On Wednesday, House Speaker Nancy Pelosi, D-Calif., announced several managers who would present the case to the Senate.

While the Senate is expected to reject any attempt to remove President Trump from office, the trial could put a spotlight on senators such as McSally who represent purple states.

Raju seemed to indicate McSally's comments stemmed from the fact that she faced a difficult election in Arizona.

McSally responded by doubling down on her accusation that Raju was a liberal hack. She also tweeted her own video of the exchange.