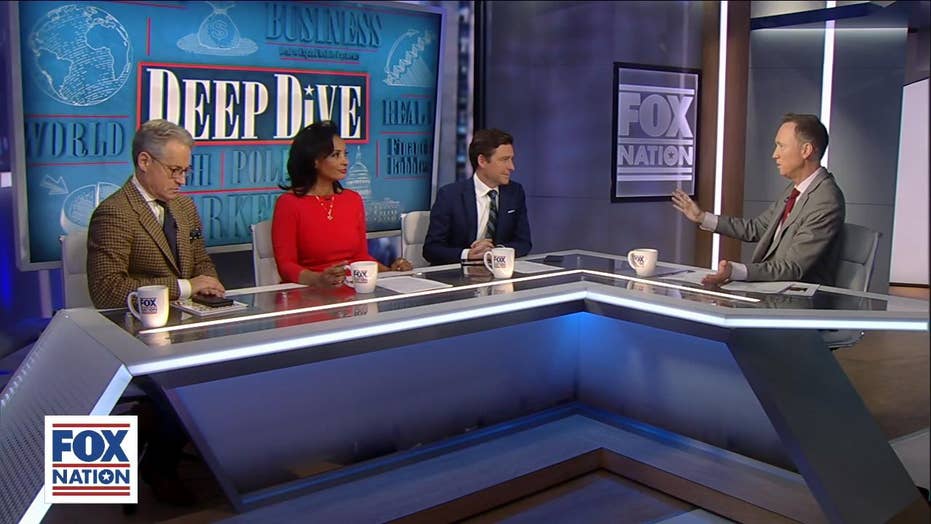 The 'Nones': What explains the rise of religiously unaffiliated Americans?

"The rise of the 'nones'. Why is it happening?" FOX News contributor and Fox Nation host Tom Shillue asked a panel of experts on "Deep Dive."

Shillue was referring to new Pew Research Center polling that shows that more Americans than ever before say that they are not connected to any religious faith. The Pew survey, conducted in 2018 and 2019, found that the percentage of the U.S. population that described themselves as "religiously unaffiliated" had risen to 26%, up from 17% in 2009. At the same time, the percentage of Americans describing themselves as Christians has declined 12 percentage points over the past decades.

"First of all, I think the best way to understand 'nones' is 'none of the above' because that's usually how the question is asked,'" said Fox News contributor, theologian and ethicist, Jonathan Morris, a former priest. "That's not necessarily a bad thing. Much worse would be 'I don't believe in anything.' That's not really what this study says."

In fact, Pew Research Center has noted that among those who identify as "religiously unaffiliated" in their survey, "many... believe in God."

"It's not 'I don't believe in God,'" continued Morris. "I remember when I was working down in lower Manhattan, which is a very young population. There were so many young adults who would come and say, 'my parents aren't really practicing anything', but they grew up as Presbyterian or Catholic and they didn't give me anything. And they were kind of ticked off. And they were saying, 'I want something.' So none of the above is not necessarily all that bad."

Fox News chief religion correspondent Lauren Green said that she spoke to one theologian who attributed the rise of the 'nones' to the "breakdown in the family."

"It's the family unit where you normally play out your faith, where you get your morals, your ethics because it's lived out in that sense. And you've got a high divorce rate. You've got kids are growing up with no center in their family. And so they're looking for other things to do to fill that void," she added.

Shillue asked the panel if the apparent proliferation of atheist books could be interpreted in a positive way because it indicated that people are searching for meaning in life.

"This whole cottage industry of atheistic activism... influences people, I think, in a negative way," said Morris.  "It substitutes the search for real meaning by saying 'I am committed to' almost 'I belong to' the religion of atheism... And I think in the end, there's going to be a lot of people asking the same question that people have asked for millennia. That is, 'who am I? Where am I going? Let's figure this out.' And that will never end."