‘Fox & Friends Weekend’ co-host and her husband preview the holiday stories highlighted in the new book on ‘The Five.’

"FOX & Friends Weekend" co-host Rachel Campos-Duffy says her book, "All American Christmas," offers a behind-the-scenes glimpse into the lives of some of the network’s biggest stars as they reminisce about what Christmas means to them.

"If anyone on your Christmas list love Fox News -- your mom, your grandma, your uncle, your sister or brother -- they're going to love this book because this it’s for anyone who loves Fox News and loves Christmas, and so it's just the perfect combination," Campos-Duffy told Fox News Digital.

"All American Christmas" by Campos-Duffy, along with her husband, FOX News contributor Sean Duffy, is available now.

"It makes it really easy to shop," Campos-Duffy said. "I can guarantee they're going to love the book because it's full of all the stuff you don't get from just watching the channel. You get a deep dive into everyone's personality, and there's no more revealing look into someone's character and family than Christmas and the holidays."

"All American Christmas" by Rachel Campos-Duffy, along with her husband, FOX News contributor Sean Duffy, is available now.

"You hear everyone's stories of how they melded the Christmases together with their spouses, how they grew up, what their favorite memory is, even some tragedies," Campos-Duffy said, noting the chapter Roberts penned about losing his father during the holiday season as a young boy hit home.

"His chapter was really touching because Sean and I both have parents who had tragedies occur in their lives around the holidays, so it's a good reminder that, you know, the holidays are joyous for some people and a mixed bag for some people," Campos-Duffy said.

"All American Christmas" also features Rivera discussing how his family found the right balance between Catholic and Jewish heritage, Hemmer explaining how "Christmas wouldn’t be Christmas without the satisfied feeling of being at home with family," Perino remembering Christmas at the White House, and even a photo of a young Watters before he "became a foot soldier in the War on Christmas." 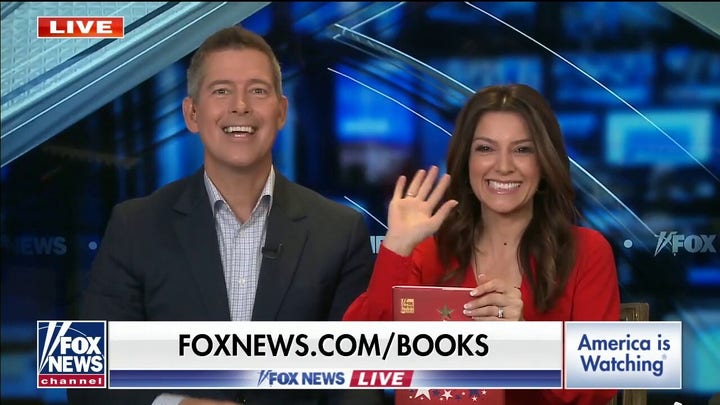 In the unique book, Bream reminds readers "that the holiday serves as a reminder of God’s light in the darkest of times," the Doocy family explains its tradition of videotaping Peter coming down the stairs on Christmas morning, Payne remembers his mother’s devotion to making the holiday special, and Jones reminisces about traveling to wealthy areas to see the impressive decorations, along with many more heartwarming stories.

"You also hear how for some people, it's a full on religious holiday. That's like my family, Martha, there's others, Shannon Bream," Campos-Duffy said. "Then for others, you know, there's this melding of sort of American traditions that some of them are secular, and so then people who are non-Christian can enjoy them and feel like they're part of the season, and so that's why it's called ‘All American Christians,’ because it's something that brings us together."

Campos-Duffy is aware that Christmas celebrations could be the first time many Americans have gathered with their loved ones in quite some time, as the coronavirus pandemic has limited travel and in-person celebrations. She said one of the most rewarding things about writing the book has been getting approached by readers who conjure up their own memories after reading it – and she hopes people who receive "All American Christmas" as a gift will have a similar experience. 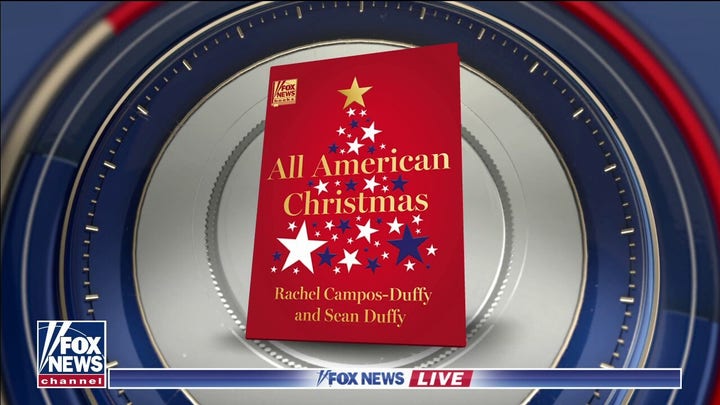 "The book will remind people of their own Christmases, and hopefully as they get together, they'll be recounting those memories with each other," Campos-Duffy said before joking that consumers can actually find it despite America’s supply chain crisis.

"It’s made in American so it’s not on a container ship in Long Beach," she said. "If you order it, you’ll get it."

Fox News Books, the publishing wing of FOX News Media, published back-to-back bestsellers when it launched last year. Pete Hegseth’s "Modern Warriors" and Shannon Bream’s "The Women of the Bible Speak" both made the top of national bestseller lists.

"The Women of the Bible Speak" appeared on The New York Times bestseller list for 15 straight weeks, including five weeks as the No. 1 book.