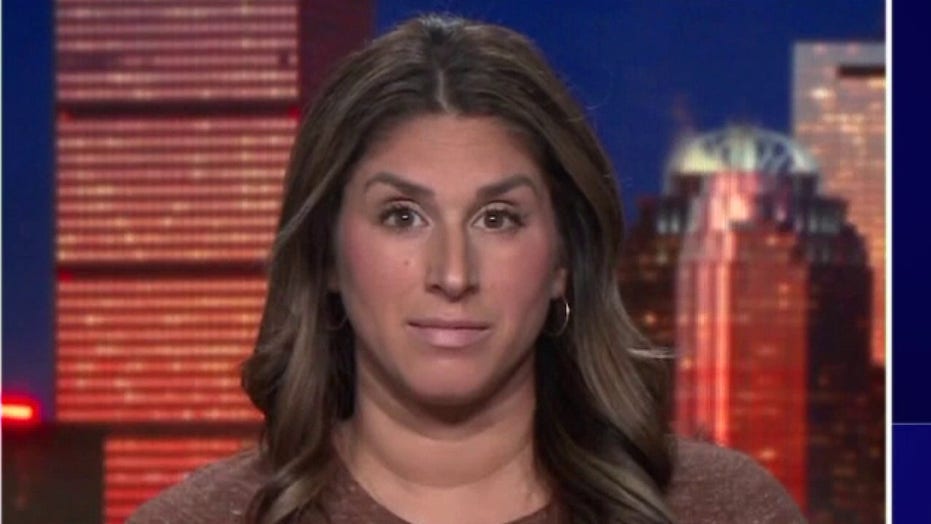 Gianna Mullane details her viral exchange with the mayor on 'Tucker Carlson Tonight.'

A pregnant police officer in Boston went viral this week after she publicly confronted Mayor Michelle Wu over the city's latest expansion of vaccine mandates.

In a video posted to social media, Gianna Mullane, 37, challenged Wu to take personal and administrational responsibility for any negative outcomes from the now-mandated COVID-19 vaccinations for expectant mothers. During a subsequent appearance on Fox News, Mullane said she has heard "crickets" from Wu's office in the days following the confrontation.

"We got a lot of deflecting. It’s been almost a week, and we have not had a response from Mayor Wu…[it's been] crickets at this point," she told "Tucker Carlson Tonight" guest host Will Cain on Wednesday.

Mullane, an officer with the City of Boston Patrolmen union, is 30 weeks pregnant and cites infertility, a lack of long-term study and health concerns as reasons why she refuses to take the vaccine.

"Being pregnant right now is a miracle, [I was] thinking I would never have any more children," Mullane said. "Like all Americans, we are all scared and nervous. Especially having an experimental vaccine being pushed on us in order to keep our livelihood."

Wu's mandate removes the option for city workers to get regularly tested instead of getting vaccinated. Approximately 2,300 city employees and contractors face termination unless they present proof of vaccination by Jan. 15. Proof of a second dose will be required by Feb. 15.

"I deliver in 10 weeks, and I am supposed to have 2 doses of this vaccine a month before I deliver," Mullane said.

"We make our own medical decisions," she continued. "I refused the COVID vaccine, but I got the flu shot. I am not one of those anti-vax people, but I'm going to do what I need to do to protect my unborn child and I think a lot of people feel that way right now."

Mullane said that the unions have been quiet in the face of growing mandates, forcing city employees to take matters into their own hands.

"A group of city Boston employees started Boston First Responders United, and it's become this umbrella that has encapsulated out city employees that….want to be in control of their own health. So we are working together to maybe fight this and show them that we are still humans like all Americans, and we want to be in control of what decisions and what goes into our bodies, especially where it’s an experimental vaccine."