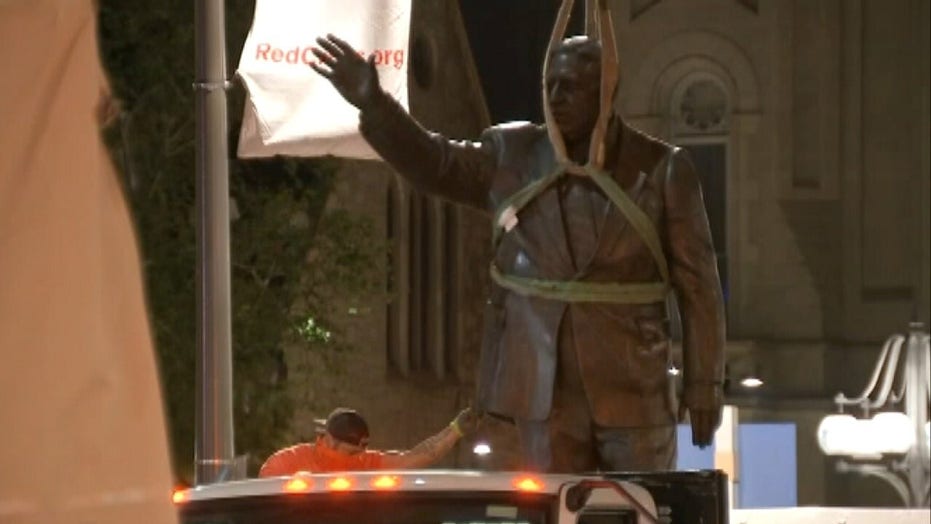 Dozens of Philadelphia Inquirer journalists called out sick on Thursday, demanding the paper make major reforms after it published a headline widely seen as insensitive amid ongoing protests.

The letter, reportedly signed by more than 40 employees, was sent to the paper's leadership after it published an article lamenting the damage rioters were inflicting on Philadelphia's buildings.

The headline, which read "Buildings Matter, Too," prompted an apology from the editors. They blamed the headline on an editor whose "attempt to capture a columnist’s nuanced argument in a few words went horribly wrong, and the resulting hurt and anger are plain."

The Inquirer's apology included a commitment to offering training surrounding cultural sensitivity, although Thursday's letter indicated that wouldn't be enough. "This is not the start of a conversation; this conversation has been started time and time again. We demand action. We demand a plan, with deadlines," the letter read.

"We demand full, transparent commitment to changing how we do business. No more 'handling internally.' No more quiet corrections. If we are to walk into a better world, we need to do it with our chests forward -- acknowledge and accept where we make mistakes, and show how we learn from them. Your embarrassment is not worth more than our humanity. This is what it means to 'give a damn.'"

The letter has been signed by more than 40 of the Inquirer's staffers of color, according to HuffPost.

Thursday's "sick out" underscored frustration with media outlets in the wake of George Floyd's death, which was just the latest highly televised incident involving a black man and white police officer.

On Wednesday night, The New York Times faced what's been described as an "open revolt" as writers publicly disapproved of its decision to publish an op-ed by Sen. Tom Cotton, R-Ark. The op-ed, which called for military intervention in violent riots, put black staffers in "danger," many argued.

The tension within newsrooms will likely grow as protests continue and communities raise concerns about rioters destroying property.

In its apology, the Inquirer noted that it had a two-hour newsroom-wide meeting that included journalists expressing "sadness, anger, and embarrassment" after the headline ran.

"An enormous amount of pressure sits on the shoulders of black and brown Inquirer journalists, and mistakes like this, made by the publication they work for, are profoundly demoralizing. We hear you and will continue to listen as we work to improve," read the apology, signed by Executive Editor Stan Wischnowski, Editor Gabriel Escobar, and Managing Editor Patrick Kerkstra.

In a tweet from Wednesday, op-ed writer Roxane Gay openly indicated she felt disrespected by the Times.

"I am dealing with two professional situations where I am being disrespected and taken advantage of and I could just scream. And if I push back I will be labeled as 'difficult.' It’s a lot," she tweeted.