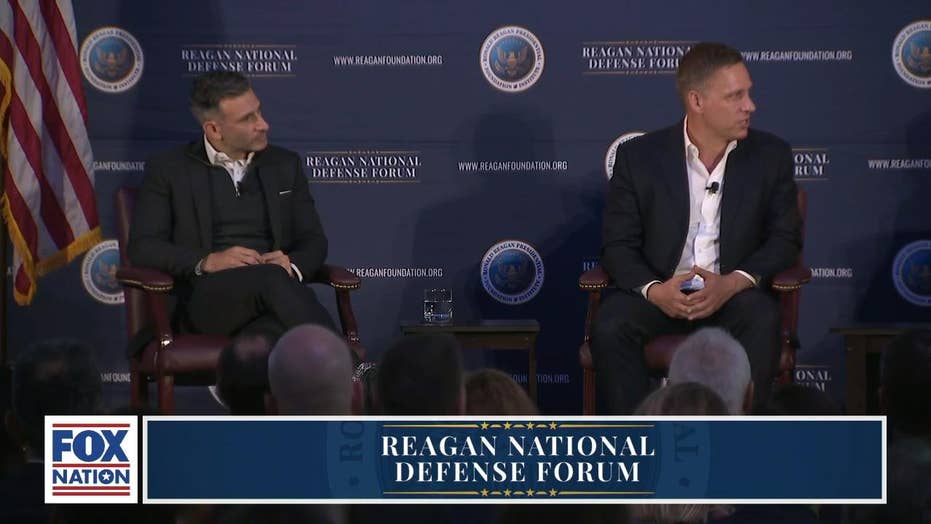 Billionaire Silicon Valley investor and PayPal co-founder Peter Thiel called on American technology companies to step up innovation and resist pressures to reject military partnerships, arguing the U.S. is lagging behind China in the technology race.

"The China dynamic has changed things tremendously in the last few years. China is going to force us to compete, to think much harder, [about] how we can deploy technologies much faster," Thiel said during a discussion at the Reagan National Defense Forum on Friday, which was livestreamed on Fox Nation.

Thiel was commenting on a study by data and analytics company Govini, which showed that the U.S.'s share in global research and development spending declined from more than 60 percent in 1967, to less than 30 percent today. Meanwhile, China's share of the world R&D spending has increased significantly and today China has a larger share than the U.S. did at the height of the Cold War.

"In the 90s and maybe still in the 2000s, we thought the Cold War was over. And there was sort of a way we could proceed where we can be slower," Thiel said.

JEFF BEZOS WARNED BIG TECH NOT TO 'TURN THEIR BACKS' ON U.S. MILITARY

But as the U.S. continues to fall behind, Thiel reiterated his call for U.S. technology companies to up their pace in light of the "changed dynamic" between the two countries.

He also encouraged partnerships between Big Tech and the Department of Defense to further U.S. technological efforts, taking aim at Google for their controversial decision to withdraw its bid to work on a Pentagon initiative called Project Maven, which used artificial intelligence to analyze data captured by U.S. government drones.

"I think we have a serious space race with China," Thiel explained. "We have a serious A.I. [Artificial Intelligence] race. I've complained in the past about Google's — I think [it was a ] very problematic decision to pull out on the MIT Project Maven – the A.I. project with the U.S. military – and to continue to work with China, which I think is sort of a shocking, unprecedented thing for a major American company, not to work with the U.S., but indirectly to work with our geopolitical rivals or military," he said.

"But I think sort of the silver lining of the Maven controversy is that it tells us that A.I. is a military technology, or at least it's a dual-use technology. And it's not something that Silicon Valley had acknowledged for a long time," he added.

"The China dynamic has changed things tremendously in the last few years. China is going to force us to compete, to think much harder, [about] how we can deploy technologies much faster."

"And I think I think even though I disagree with Google on Project Maven, I think it has forced a debate and that sort of debate about A.I. is going to happen in many other areas of technology. They are dual-use, and we better make sure we get the cutting edge ones on our side."

In 2018, Google, which currently has an artificial intelligence lab in China, was forced to respond after more than 3,000 Google employees signed a letter addressed to company CEO Sundar Pichai protesting Google's involvement in the "business of war."

“We believe that Google should not be in the business of war. Therefore we ask that Project Maven be cancelled, and that Google draft, publicize and enforce a clear policy stating that neither Google nor its contractors will ever build warfare technology,” the letter, obtained by The New York Times, read.

Google employees' protests are not exclusive to the company, as many employees across Silicon Valley have expressed opposition to working on military-related projects because they find it "unethical."

Thiel however, said he rejects the "ethical framing." 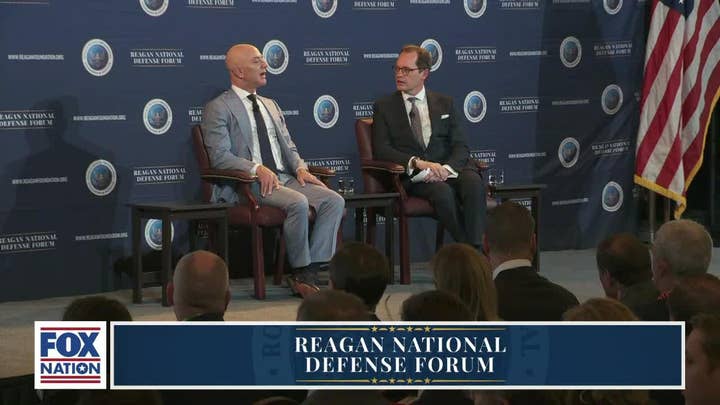 "I think, you know, I think that when it's a choice between the U.S. and China, it is always the ethical decision to work with the U.S. government. And even though we don't know all the unethical things that are going on in China — they're sort of often hidden and obscured, that's a much more problematic ethical one," Thiel said. "And so it's really odd that we're having any sort of debate where we're that's even framed as the question."

Amazon CEO Jeff Bezos echoed Thiel's support for tech-military partnerships in a separate panel during the event, saying that Amazon believes in the importance of tech companies committing to a strong U.S. national defense.

"There is truth in the world. We are the good guys. I really believe that," said Bezos. "And I know it's complicated. But do you want a strong national defense or don't you? I think you do. And so we have to support that."

To see more from leading experts and tech giants at the Reagan National Defense Forum, visit Fox Nation and sign up today.