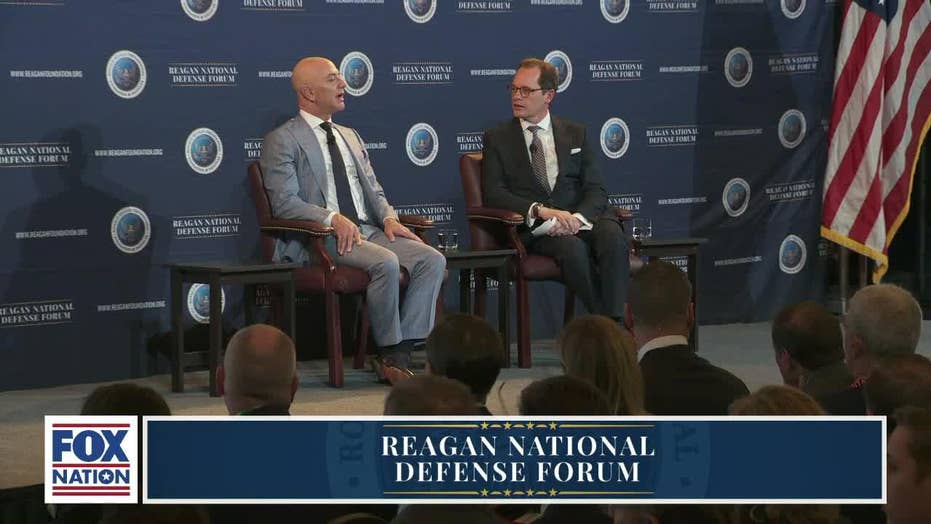 Amazon CEO Jeff Bezos warned American technology companies to resist bowing to employee pressure to "turn their backs" on the Pentagon and the defense of the United States.

"One of the things happening inside technology companies is there are groups of employees who, for example, think that technology companies should not work with the Department of Defense," said Bezos during a discussion at the Reagan National Defense Forum on Friday, which is also available on Fox Nation.

"People are entitled to their opinions," continued Bezos, "but it is the job of the senior leadership team to say, 'No.'"

In 2018, Silicon Valley giant Google made the controversial decision to withdraw its bid to work on a Pentagon initiative called Project Maven, which used artificial intelligence to analyze data captured by U.S. government drones.

“We believe that Google should not be in the business of war. Therefore we ask that Project Maven be cancelled, and that Google draft, publicize and enforce a clear policy stating that neither Google nor its contractors will ever build warfare technology,” the letter, obtained by The New York Times, read.

In the FOX Nation documentary “Artificial Intelligence: The Coming Revolution,” Fox Business anchor Maria Bartiromo did a deep dive on these issues when she went inside Anduril Industries, which is at the forefront of America’s race to use artificial intelligence to protect national security.  The company is run by Palmer Luckey and the venture is backed by Silicon Valley billionaire Peter Thiel.

Luckey told Fox Nation that some Big Tech companies are in fact helping America's competitors. For instance, Google has an artificial intelligence lab in China. 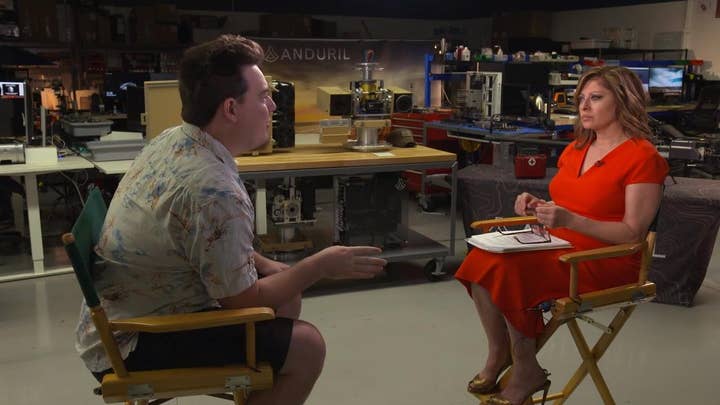 On Friday, Bezos argued that it is was essential that America's most innovative companies commit themselves to America's defense.

In November, Amazon sued the Pentagon over a $10 billion contract to build an upgraded system to store sensitive Defense Department information.  The job was awarded to Microsoft.

On Thursday, a federal claims court judge overseeing the case said that Amazon is alleging that the bidding process was "compromised and negatively affected by the bias [against Amazon] expressed publicly by the president and commander in chief, Donald Trump."

In conclusion, Bezos claimed that Amazon believes that tech companies must be committed to a strong U.S. national defense.

"There is truth in the world. We are the good guys. I really believe that," concluded Bezos.  "And I know it's complicated. But do you want a strong national defense or don't you? I think you do. And so we have to support that."

To watch more of Jeff Bezos interview at the Reagan National Defense Forum go to Fox Nation and sign up today.