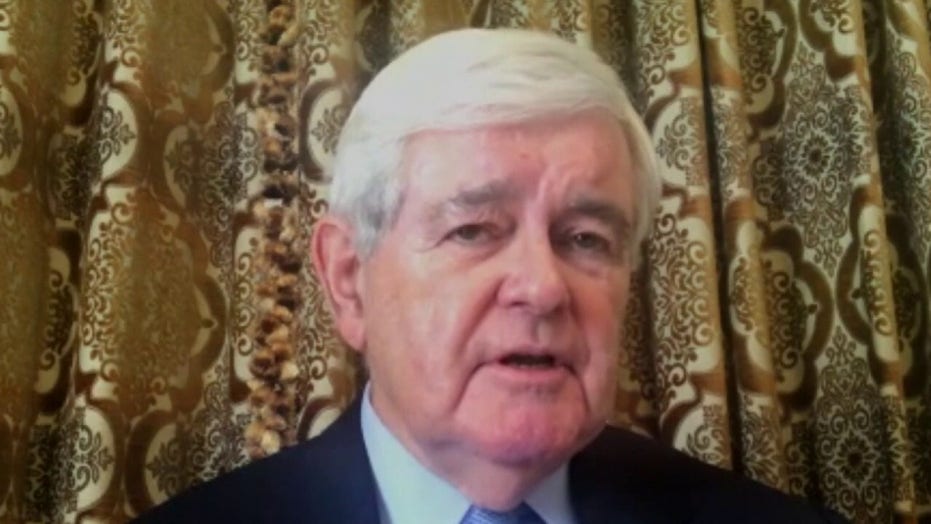 Gingrich, who is in Italy with his wife, the ambassador to the Vatican, spoke after Senate Democrats blocked a GOP-backed $1.4 trillion coronavirus rescue package, sowing fresh doubt the parties can forge an agreement as the nation descends into economic disaster amid the coronavirus pandemic.

On Sunday, when Pelosi was asked if people should be concerned the rescue package won't pass by Monday, she said the two sides are “still talking.” 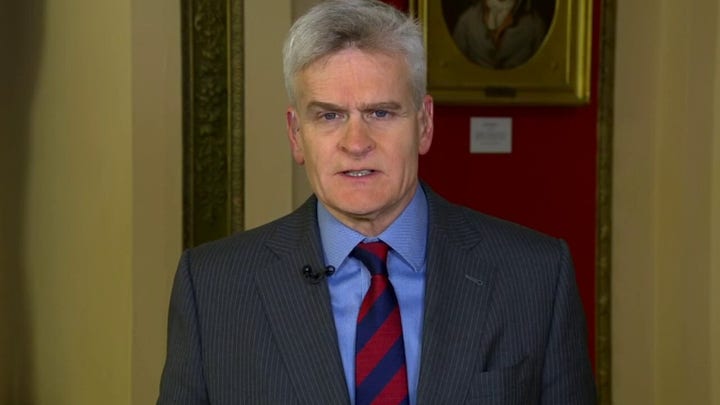 Also on Sunday, Senate Majority Leader Mitch McConnell, R-Ky., blasted Democrats opposed to the plan, accusing them of being influenced by Schumer and Pelosi.

“We had a high level of bipartisanship in five different working groups. …And then all of a sudden the democratic leader and the speaker of the house show up,” McConnell said Sunday.

He added, “I want everybody to fully understand if we aren't able to act tomorrow, it’ll be because of our colleagues on the other side.”

In response, Gingrich said, “This is classic.”

“In 1990, the Democrats blackmailed President George H.W. Bush into breaking his word on taxes where they said they wouldn't agree to a budget agreement,” he explained. “In 2007 and 2008 when Pelosi was first speaker she basically passed terrible legislation, which president George W. Bush felt he had to sign, things which crippled the economy.”

Gingrich, a Republican from Georgia, went on to say that “they [Democrats] continued that for the first two years of Obama and by 2010 we won the House with [former speaker of the House of Representatives] John Boehner and the slogan ‘Where are the jobs?’”

“So what you have now is a power struggle where Pelosi and Schumer believe they can blackmail the president into accepting really dumb ideas,” he continued. 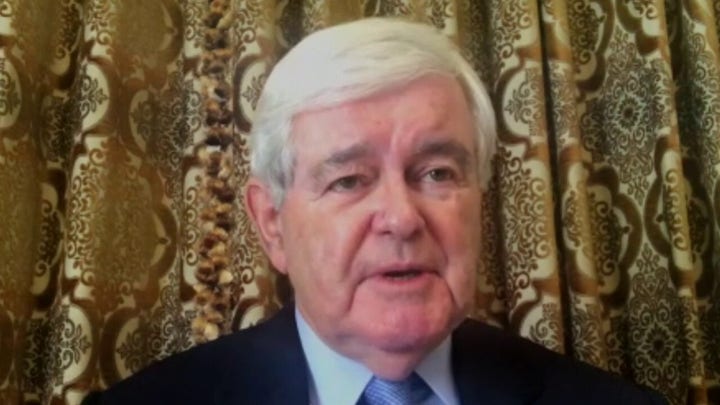 Democrats insist that President Trump and McConnell are using the funds to put corporations ahead of families. The attempt to advance the legislation stalled in a 47-47 vote. Sixty votes were needed to pass.

“The House has to come back to do it, but they ought to put a lot of pressure on Pelosi and Schumer to put America ahead of partisanship and to try to help solve an American crisis, not just pay off their allies and their interest groups,” he continued.

Gingrich added that he thought “McConnell did a great job.”

“He had these five working groups, individual senators in the Democratic Party are very reasonable when you get them in those kind of working groups, but their leaders understand this is their moment to blackmail the president and if they can get away with it, they will,” he concluded.