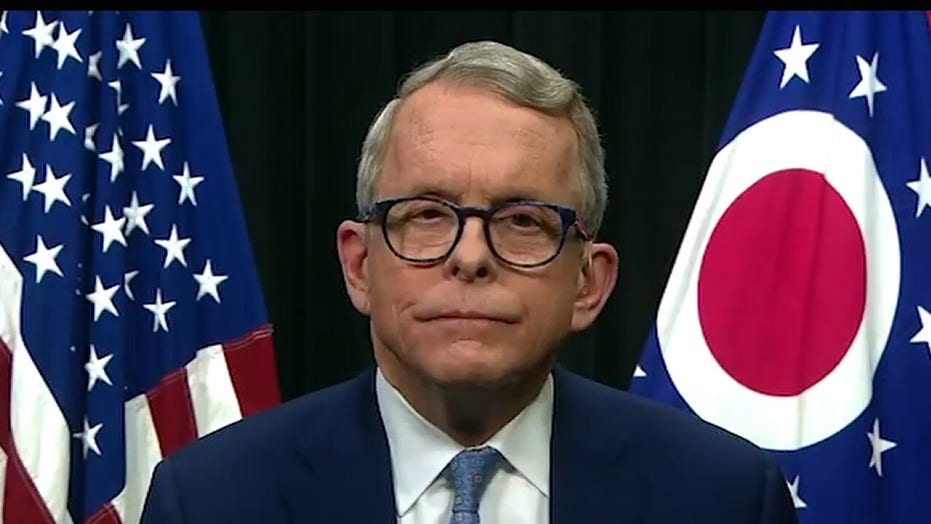 Ohio Gov. Mike DeWine told "The Story" Monday that his request to postpone Ohio's presidential primary to June 2 from Tuesday stemmed from President Trump's public advisory to avoid crowds of ten or more people due to the coronavirus outbreak.

Shortly after DeWine spoke to Martha MacCallum, a judge declined the request to postpone the primary, which is now on track to take place as scheduled.

"We cannot conduct an election with 50 or ten [voters] and we are hearing from a lot of people -- all over the age of 65, [or] women who are pregnant, people with compromised health.... telling us, 'Look, this is a tough choice,'" DeWine said. "'On one hand we're being told to stay home and take care of ourselves, and yet we want to exercise our constitutional rights.' And so that was something that we wanted to enable people to be able to do both."

Earlier Monday, Trump said he'd leave the question of postponing a primary up to the states but emphasized that "I think postponing is unnecessary."

Ohio was the only one of the four states scheduled to hold presidential primaries on Tuesday to request to push off their contest. Officials in the other states - Arizona, Florida, and Illinois - said their primaries would be held as scheduled.

DeWine defended his call to reschedule, saying "We think it makes sense," because "it preserves people's constitutional rights," and is "consistent with the federal guidelines... [of] ten people being in a room."

"On The other hand, we're saying, 'It's okay, go vote,'" DeWine continued.

When MacCallum asked about a conference call Monday in which Trump spoke with a group of governors on efforts to curb the outbreak in their states, DeWine countered the president's critics who claimed he told the governors to acquire key supplies such as respirators and ventilators on their own, without the assistance of the federal government.

"That's not what he said at all, and look, the White House has been extremely cooperative with us," DeWine said.

STATES THAT HAVE POSTPONED PRIMARIES DUE TO CORONAVIRUS OUTBREAK

DeWine explained that when Ohio's public schools switched over to digital schooling as a part of the social distancing initiative, they didn't immediately account for the children who received breakfast and lunch in school.

"The White House within 24 hours gave us a waiver so we could take the food out and schools can make their own decisions how they distribute ... some are doing it by literally taking it to houses and other schools that are putting it in in different locations where kids can come and get it. They've been very cooperative and the vice president has been super as well," the governor said.

"It's a good relationship and so we appreciate that," he added.

Asked whether his state was prepared for a rapid response and had enough medical supplies to treat those infected, DeWine said, "it's been a tough, tough decision, but we are trying to get to the point where we don't run out of equipment, [and] we don't run out of respirators, we don't want to be like Italy."

"We have to spread this out, flatten the curve...," he explained. "We don't want [the numbers] to go straight up like that and we are trying to avoid that as best we can."