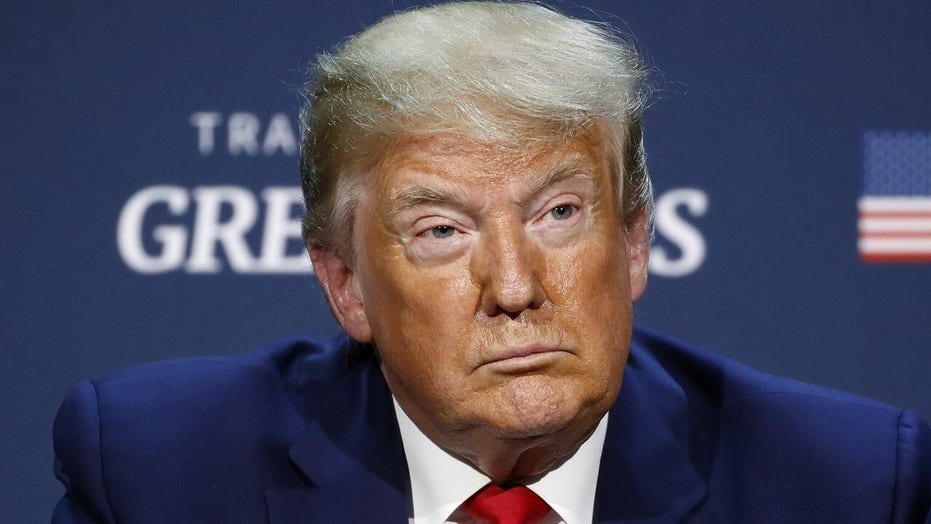 Is Trump at risk of appearing out of touch with the cultural shift happening in America?

After Howard Dean’s campaign imploded in 2004, his closest advisers told me they had reached the stunning conclusion that he did not really want to be president.

Some of those who worked for the former Vermont governor, whose operation was hurt by poisonous backbiting, told me he grew reticent as he became the front-runner for the nomination, saying at one point: “The problem is, I’m now afraid I might win.”

I bring this up because the New York Times is reporting that some of Donald Trump’s aides are privately questioning “if he is truly interested in serving a second term.”

These unnamed advisers “say his repeated acts of political self-sabotage...have significantly damaged his re-election prospects, and yet he appears mostly unable, or unwilling, to curtail them.”

There is little question that it hasn’t been a great few months for the president, who has been buffeted by a pandemic, an economic shutdown and nationwide protests against racism.

Just in the last three days, Trump has been dealt two Supreme Court defeats, on gay rights and the dreamers, with his appointee Neil Gorsuch defecting in the first case. (The president, slamming the “horrible” decisions, made it personal: “Do you get the impression the Supreme Court doesn’t like me?”) And the John Bolton book portrayed him as uninformed, reckless and asking China to aid his reelection. (Trump called his former aide “wacko,” a “disgruntled boring fool” and a “sick puppy.”)

So it certainly doesn’t look like the president is enjoying the job these days, though no one should underestimate his love of personal combat.

The anonymous advisers cited by the Times said “the president is acting trapped and defensive, and his self-destructive behavior has been so out of step for an incumbent in an election year...He has told advisers that no matter what he does, he cannot get ‘good’ stories from the press, which has often been his primary interest. “These people,” Mr. Trump has growled to advisers about reporters, throwing an expletive between the two words.” Hmm.

After aides recently warned Trump during the protests that his inflammatory tweets and comments were endangering victory in November, he said: “I have to be myself.”

It’s true that Trump seems more angry than usual. It’s true he hasn’t provided much detail about what he’d do in a second term. It’s true that his tweets--against Joe Scarborough, against an injured Buffalo protester who now has a fractured skull--are a distraction at best and harmful at worst.

But when it comes to the next four years, I believe Donald Trump is no Howard Dean.

Having known him for decades, I think Trump vehemently wants to win, if only to avoid the “loser” label he freely applies to others and avoid history’s verdict that his single term was a failure.

Trump, unlike Dean, has spent nearly four years enjoying the perks of White House life, operating on the global stage, dominating the media (and social media) more completely than any of his predecessors. Even though he had lived a life of luxury and had a gold-plated apartment at Trump Tower, having soldiers salute as you walk by is intoxicating and not something to be casually surrendered.

What’s more, Trump is always thumbing his nose at the media geniuses who thought his freewheeling, attacking style made him certain to lose in 2016.

Maybe his advisers are right that toning it down would improve his chances of beating Joe Biden. But I have no doubt that is his goal.