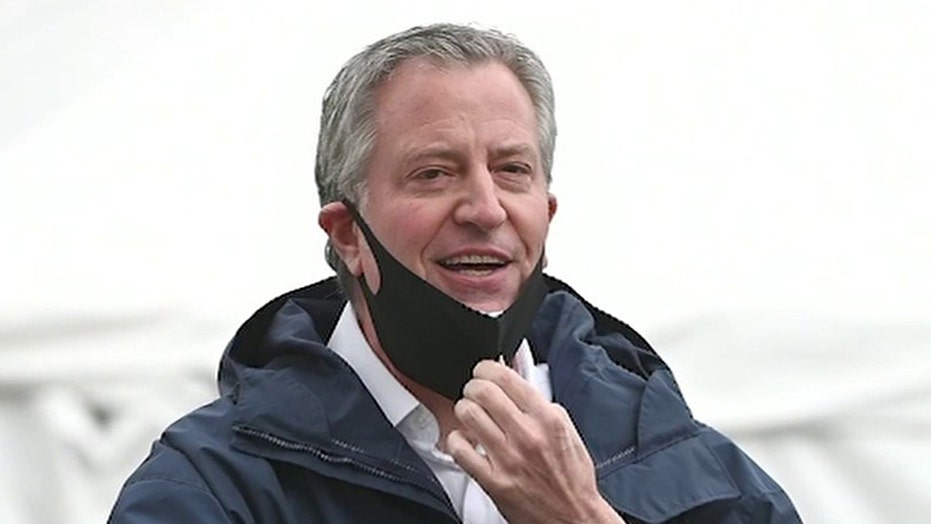 Suffolk County Sheriff Errol Toulon, Jr., who spoke out against the releases, says the rearrests should come as no surprise.

It should have been expected that New York City inmates who were vulnerable to the coronavirus and released from jails would commit new crimes, a Long Island, N.Y., sheriff said on “Fox & Friends" Wednesday.

Suffolk County Sheriff Errol Toulon, Jr. said he thinks the situation will get even worse.

“I can tell you, as the weather gets warmer and as the government eases restrictions, we’re going to see the ripple effect nationwide of almost 16,000 people that have been released from our custody,” Toulon said. “We're going to have some issues in our streets.”

38 NYC INMATES, INCLUDING AT RIKERS, TEST POSITIVE FOR CORONAVIRUS

At least 50 of the 1,500 inmates released from New York City jails have already landed back behind bars and in some cases were released again, The New York Post reported, citing police sources and records.

The people who offended again, account for a little more than 3 percent of those released, the media outlet reported, adding that one of the re-offenders includes a Rikers Island inmate initially jailed for allegedly setting his girlfriend’s door on fire and choking her mother. Once released, he allegedly threatened to kill the whole family, the Post reported. 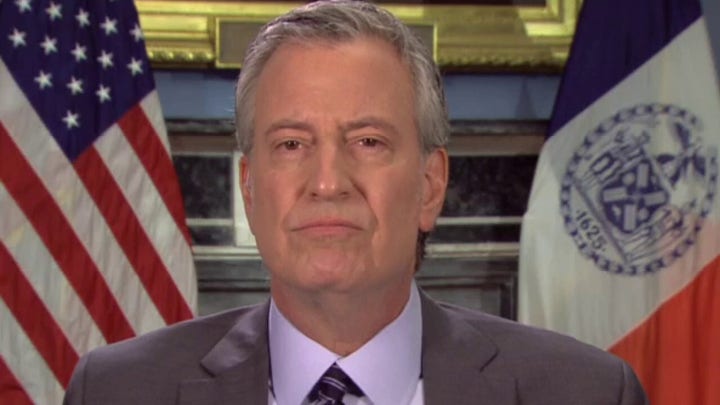 The media outlet, citing records, noted that another prisoner accused of assaulting a Department of Homeless services officer was released and then arrested for punching an agency sergeant two days later.

During a news briefing on Monday, de Blasio said: “I think it's unconscionable just on a human level that folks were shown mercy and this is what some of them have done… We’re going to keep, just buckling down on it, making sure there is close monitoring and supervision to the maximum extent possible and the NYPD is going to keep doing what they're doing.”

“It is a little surprising that he did admit that it is a mistake to release and even look at some of these individuals,” Toulon said on Wednesday reacting to de Blasio’s comments at Monday’s press conference.

He went on to say that “1,500 individuals that have been released from the New York City Department of Correction is really a difficult task to try to monitor them.” 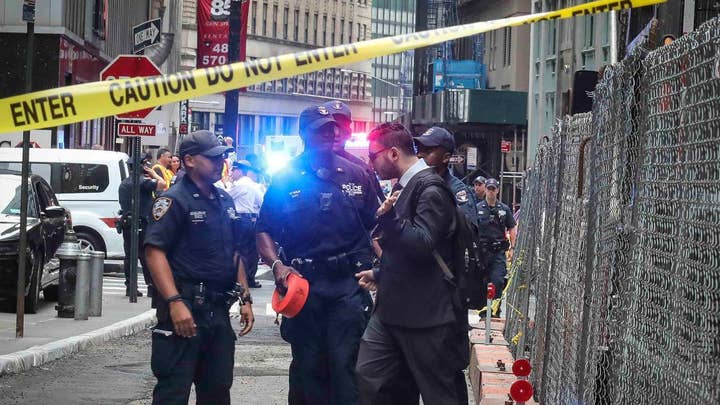 “Think about what the police department is going through with the amount of individuals that are quarantined right now, their staff that have been diagnosed with COVID-19, then going out into the community to try and keep crime down in New York City,” Toulon noted.

By the end of last month, more than 1,000 NYPD uniformed officers have tested positive for coronavirus.

“We’ve seen last year New York City police officers being doused with water,” Toulon said, pointing out the challenges NYPD officers have had to face while on the job. “We saw recently in a couple of videos of New York City police officers attempting to make an arrest on a street where one officer was punched from behind and as the individual was fleeing down the street, people in the street are yelling, ‘run, run, run.’”

“We saw a New York City police officer down in the transit by the trains being kicked three times and on the third kick she was actually propelled onto the tracks,” he continued. “I don't understand why people are surprised by this. We all knew this.”

When host Brian Kilmeade asked Toulon how Suffolk County is handling the potential spread of COVID-19 among inmates as opposed to New York City “who is just letting people out,” he said, “My team started planning the first week of March and as of right now we only have one inmate that has tested positive.”

“We have a few staff members that have tested, but the implementation of proper procedures and protocols, working with our medical staff has really enabled us to really reduce the introduction of this virus into our jails,” he continued.