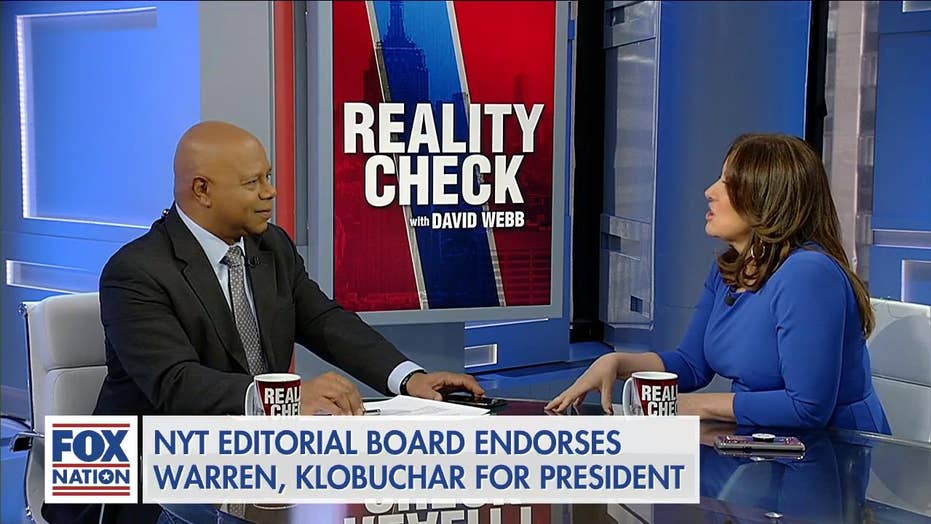 The New York Times editorial board was hammered by critics after bucking decades of precedent and declining to endorse a single candidate for president in the Democratic primary. Instead, they endorsed two: Senators Elizabeth Warren D-Mass., and Amy Klobuchar D-Minn.

"I don't buy The New York Times in their reasoning... I think this was a middle finger to Bernie Sanders," she said on Fox Nation's "Reality Check with David Webb."

"They endorsed two women after Bernie Sanders was alleged to say a woman could not beat Donald Trump," she continued.

Sanders has consistently denied a CNN report of a leaked private conversation that he had with Warren in December 2018 where he allegedly said that a woman can't win the 2020 presidential race.

At last week's Democratic presidential primary debate, Warren stood by that report and Sanders stood by his denial. After the event, Warren confronted Sanders as the candidates left the stage.

"That's what I think more is the message there," said Marshall, "as opposed to, 'Oh, this is a split party and we can't decide on one or the other. And we don't want to anger the far left or the moderate centrist portion of the party.'"

"Do you think it's just fodder for clickbait?" suggested Webb.

"That too," Marshall laughed.