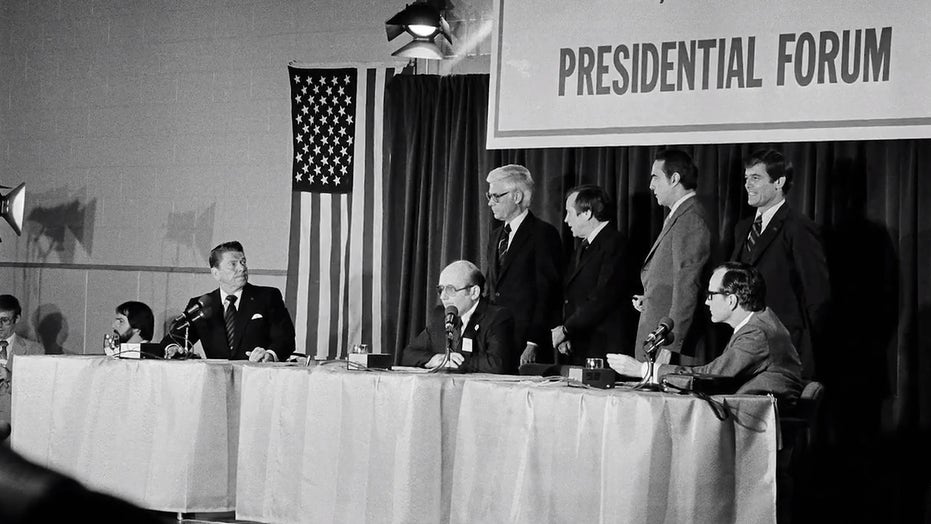 In the 1980 presidential primary election, Ronald Reagan appeared to be on the ropes. Then-former congressman and CIA director George Herbert Walker Bush had just won the Iowa Caucuses and was setting his sights on the Granite State in the hopes of wrapping up the Republican nomination.  But Reagan had one more trick up his sleeve.

"A win in snowy New Hampshire might ice it for Bush... The Gipper turned it all around with a dramatic line," narrated Fox News senior political analyst Brit Hume in Fox Nation's new docuseries "Proving Grounds: New Hampshire."

In one of the most famous moments in U.S. presidential primary history, Reagan recaptured the energy and enthusiasm of the GOP electorate with a phrase that he adapted from an old Hollywood movie.

Ahead of the New Hampshire vote, G.W. Bush accepted Reagan's challenge to a debate. It was moderated by the Nashua Telegraph but financed by the Reagan campaign, in accordance with Federal Election Commission rules.

When the day of the event arrived, just 72 hours before the New Hampshire primary, Reagan, Bush and four other candidates running for the GOP nomination showed up.

"Reagan, said, 'Come on in,' and Bush said, 'No, this is me and you,'" recalled former Republican presidential candidate Pat Buchanan, who would also serve as President Reagan's communications director in 1985.

Chaos ensued as Reagan argued that all the candidates should be allowed to participate. 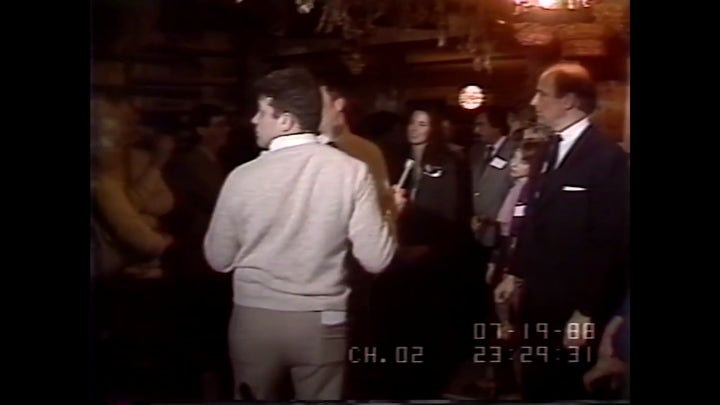 In an attempt to take control, the debate moderator, newspaper editor Jon Breen, asked the sound technician to cut off Reagan's microphone.

"Would the sound man please turn Mr. Reagan's mic off for the moment," said Breen, in the archival footage shown in the Fox Nation documentary.

"You can see him smoking and smoldering," said Buchanan of Reagan's immediate reaction

Then the future president would go on to utter a line that has gone down in history.

"I am paying for this microphone, Mr. Green!" roared Reagan, mangling the moderator's name.

The crowd erupted in approval.

The phrase was similar to something that actor Spencer Tracy said in the 1948 movie "State of the Union," and something that the former Hollywood actor would have known by heart.

"That was seen as this galvanizing moment in which Reagan showed he could take charge of a political event," said professor of political science at the University of New Hampshire, Dante Scala.

"My sister was the finance director for Reagan. She called me," remembered Buchanan. "She said, 'You won't believe what just happened at this event.'"

"It was all over television," he said. "And of course, Reagan presented exactly the image people were looking for a strong, tough leader, you know, to replace Jimmy Carter on the Republican side."