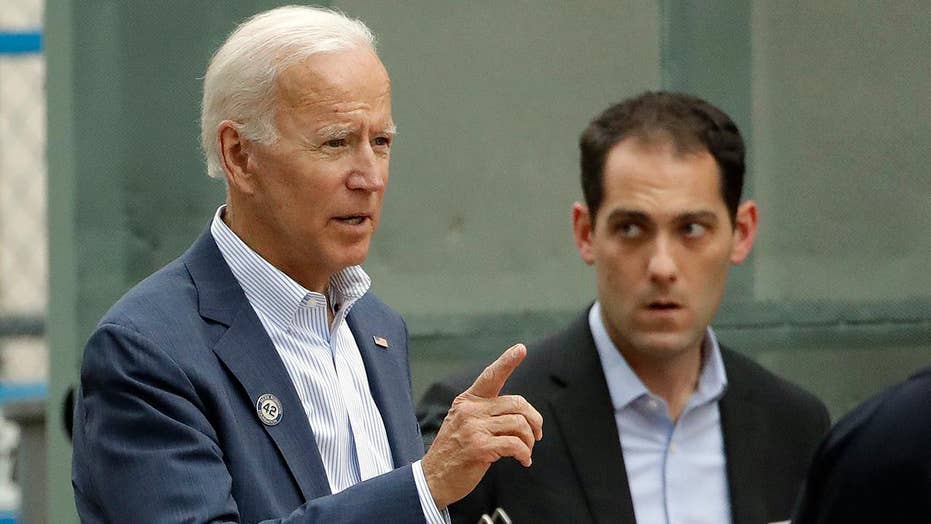 Will the US government launch an investigation into Joe Biden's dealings with Ukraine?

Government Accountability Institute President Peter Schweizer says there is nothing wrong with investigating Joe Biden's dealings with Ukraine and that it should be done through the DOJ.

A new book speculates that former President Obama opposed a 2016 run by former Vice President Joe Biden because he was "just another white guy" who wouldn't continue his bold legacy of "change."

“Seeking to guard his legacy, Barack instead placed his bet on Hillary Clinton," author Steve Levingston writes in his book "Barack and Joe: The Making of an Extraordinary Partnership." The book, published by Hachette Books, is set to be released Oct. 8.

"Perhaps he saw her as his true successor, the one who would confirm his revolutionary stamp on America’s political culture: here was the first black president passing the baton to the first woman president," he wrote.

"Change had come to America! Joe Biden, after all, despite his many virtues, was just another white guy, one in a long line of American presidents – hardly the symbol of the tectonic change that Obama hoped would mark his place in the history books.” 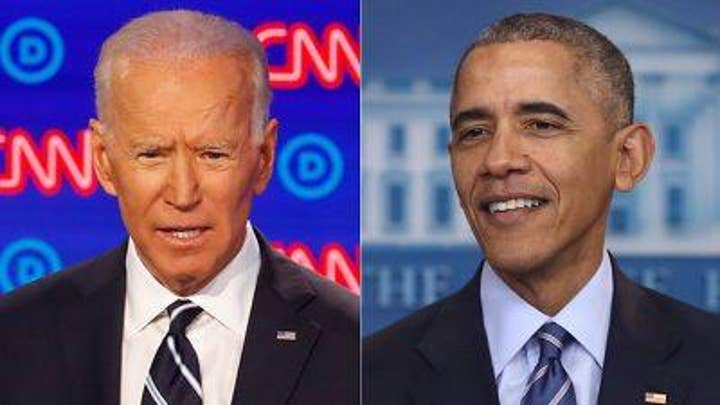 Levingston is a veteran author, and nonfiction editor with "The Washington Post." He has previously written about JFK and Martin Luther King Jr.

The book bills itself as "the first book to tell the full story of this historic relationship and its substantial impact on the Obama presidency and its legacy."

Biden previously wanted to run in 2016 but eventually announced from the White House Rose Garden that he wouldn't. “Joe didn’t want to be standing in the Rose Garden making this announcement. He wanted to run; he wanted more than anything in the world to be president," Levingston wrote.

"It is impossible to know, of course, what the outcome might have been if Obama had also encouraged Joe’s dream and urged him to mount a campaign.”

The book will come after an August report that Obama repeatedly told Biden he didn't have to run for president in 2020 either.

Biden, who has led President Trump in several polls on 2020 matchups, said he couldn't forgive himself if he passed up the opportunity to beat Trump.