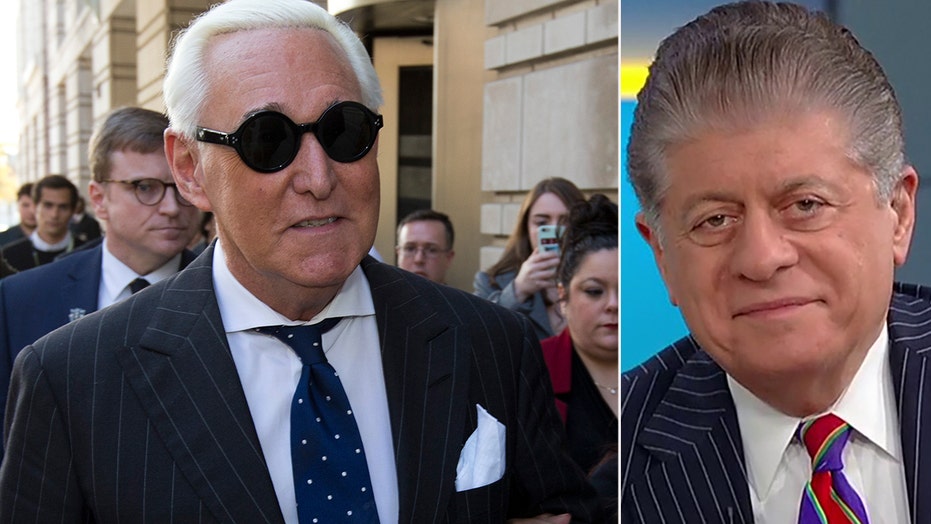 Napolitano on Roger Stone case: 'Only a pardon can fairly undo this mess'

Fox News senior judicial analyst Judge Andrew Napolitano said on “Fox & Friends” on Thursday, the day former Trump adviser Roger Stone was set to be sentenced after the federal judge overseeing the case refused demands to delay the trial, that “only a pardon can fairly undo this mess.”

“This is not about politics and it's not about friendship, it's about the Constitution and human decency,” Napolitano added.

Napolitano made the comments on Thursday, two days after U.S. District Judge Amy Berman Jackson indicated during a pre-sentence hearing that she planned to move forward with Stone’s sentencing, which comes after his defense made a second request for a new trial earlier this month in the wake of revelations of possible political bias of a juror in his first case.

When asked what should happen on Thursday, Napolitano said, “The judge should interrogate this foreperson about her biases against the president.” 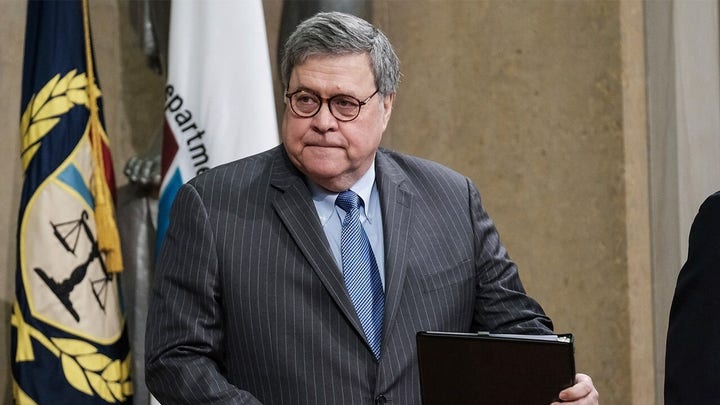 He went on to say that “The judge should interrogate the departed prosecutors about what they knew about this foreperson and when they knew it and why they quit. And then determine whether or not the integrity of Stone's trial was adversely affected by this juror. It seems inconceivable that it was not.”

Napolitano was referring to the mass resignation of the Justice Department prosecutors from the Stone case after senior leadership overruled their recommendation of a prison sentence from 87 to 108 months. The mass withdrawal, which happened after Attorney General William Barr intervened in Stone’s sentencing, caused Democrats to accuse President Donald Trump of interfering in the process – by earlier tweeting about his displeasure with the Justice Department. Trump denied it.

Former Memphis City Schools Board President Tomeka Hart said last week that she was the foreperson on the jury that convicted Stone, and revealed a history of Democratic activism after a string of her anti-Trump social media posts came to light.

Hart even posted specifically about the Stone case before she was selected to sit on the jury, as she retweeted an argument mocking those who considered Stone's dramatic arrest in a predawn raid by a federal tactical team to be excessive force. She also suggested President Trump and his supporters are racist and praised the investigation conducted by former Special Counsel Robert Mueller, which ultimately led to Stone's prosecution. 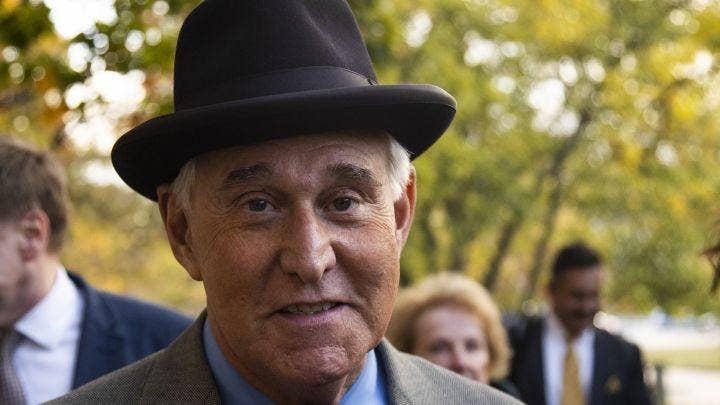 “The Supreme Court has said you’re entitled to 12 jurors who are indifferent as to the outcome,” Napolitano noted. “This woman appears to have known the outcome in her own mind before the trial started. Why do I say that? Because the things she said about the president and about Roger Stone and her tweets.

“For the judge to overlook that and sentence him anyway and push that offer is almost unforgivable,” he continued.

Stone was convicted on seven counts of obstruction, witness tampering and making false statements to Congress on charges that stemmed from Mueller’s investigation.

Napolitano suggested that Trump might pardon Stone on Thursday “because the minute he signs that pardon, this judge is divested of jurisdiction in the case and Stone walks out of the courtroom.”

“The conviction is not final until she sentences him and signs the sentencing papers,” he added.