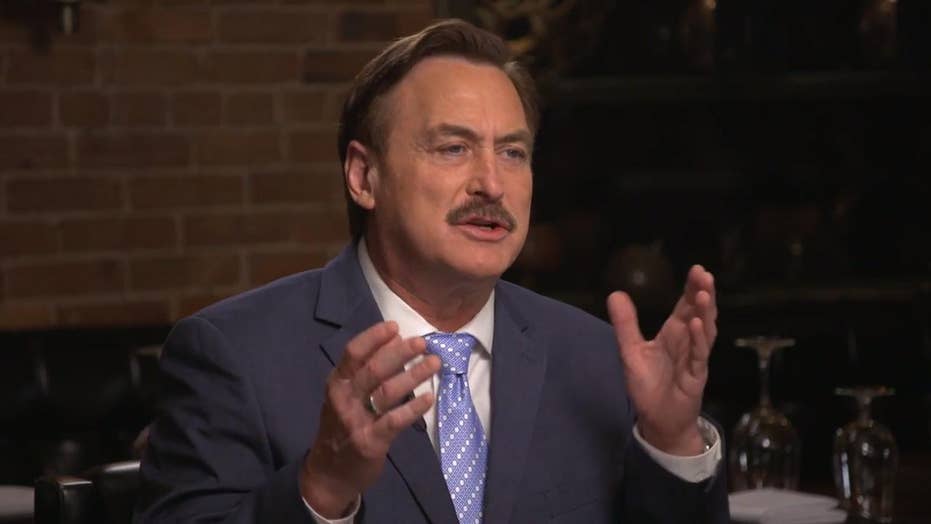 My Pillow CEO slams recession 'false narrative': 'They're going to destroy one of the best economies'

"I give media outlets my direct number... and I get a call about a month ago and they go 'Mike, the president says that this talk of a recession is just a political move to make the economy bad,'" recalled the inventor and CEO of My Pillow inc., Mike Lindell.

"I said, 'Of course, it is. We're in an anomaly right now," the vocal supporter of President Donald Trump told Fox Nation.

VARNEY ON MEDIA COVERAGE OF TRUMP'S ECONOMY: 'IGNORE THEM ALL, THEY'LL NEVER GET OVER HILLARY'S LOSS'

On "Wise Guys," Fox News contributor and former Education Secretary Bill Bennett spoke with a group of experts and business leaders about the state of the U.S. economy.

"There's a lot of talk, a lot of hand-wringing and gnashing of teeth about the risk about a recession," said Jason Trennert, CEO of Strategas Securities, which is an institutional brokerage and advisory firm serving clients around the world.

"The fact of the matter is," Trennert continued, "it's very hard just given the way the structure of the U.S. economy is, which is very dependent upon consumer spending, to go into recession."

Recently, Nobel-prize winning economist Robert Shiller agreed with that sentiment, saying that a recession may be years away due to the effect that the Trump administration has had on the behavior of U.S. consumers.

"They're going to destroy one of the best economies I've ever had in my lifetime," said Lindell, a self-made millionaire, who operates a pillow-manufacturing company in Shakopee, Minn.

"I see consumer confidence at an all-time high... Even my own employees and companies around me know that wages are going up and they feel safe. So now they can go out and invent products and do service businesses and go out and they're taking chances like never before."

"Taking chances -- you want to define what makes the American economy vibrant? And it's that," said Asman.  "Americans are pioneers. We were from the beginning... and there's a pioneering spirit among entrepreneurs and you take a chance...  Our country is all about taking chances."

"I didn't have that when I invented MyPillow," recalled Lindell. "I didn't have a safety net. I had no skill and -- you know --  the jobs back then I don't know what I would have done. Well, these guys now can go back to a safe job.  The wages are going up and people are bettering themselves... They're going, 'OK, now I can go take a chance to go out, do something I want to do instead of being stuck in a job I don't like.'"

"To try and ruin it with this false narrative that there's a recession... We're in the best times right now," continued Lindell, who credits President Trump's effect to reduce regulations.

"The biggest thing -- taking away these regulations that were just choking businesses," concluded Lindell.  "I see now other businesses paying people more and because it's that consumer confidence and I just think it's amazing."

To watch all of "Wise Guys" go to Fox Nation and sign up today.